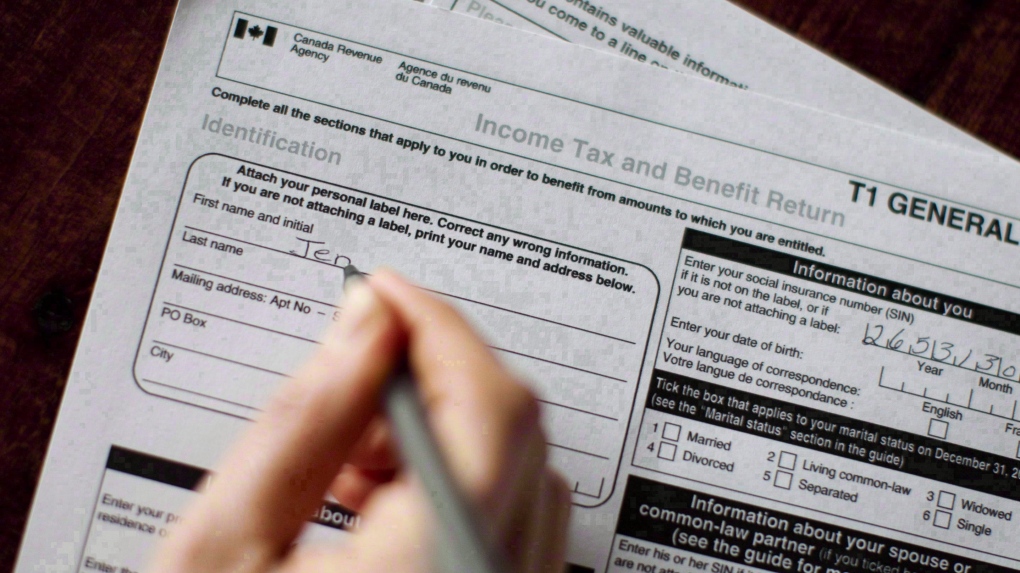 A T1 General 2010 tax form is pictured in Toronto on April 13, 2011. The tax rules are changing in 2016 and even if Canadians don't make enough to be hit by the new top federal income tax rate, their financial plans are going to need to be reviewed. (THE CANADIAN PRESS/Chris Young)

TORONTO -- Your income tax package has an entirely new look this year thanks to the Canada Revenue Agency’s decision to revamp the T1 Personal Income Tax return form.

The T1 General Form, also known as the Income Tax and Benefit Return, is the main document used to file your personal income taxes and acts as a summary of all the other forms you complete for your income taxes.

Depending on how you’ve filed your tax return in years past, you might be familiar with the general layout of the form.

But during the 2020 tax season the form will look quite different – most notably, doubling in size.

WHAT IS A T1 GENERAL FORM?

The T1 is used to summarize all of the other forms you complete for your income taxes.

When you file your taxes, this form is used to apply for things such as the Canada Child Benefit, or the GST/HST credit.

If you file your taxes online using tax software, you may not recognize the name of the T1 form because it’s often filled out automatically.

“The purpose [of the redesign] was to simplify the preparation and that process has already been simplified if you’re using online software.”

In other words, unless you are dedicated to filing your taxes by pen and paper, you won’t even notice the change.

As the CRA puts it, “Your income tax package has a new look.”

The first thing you will likely notice is that the form has doubled in size from four pages to eight. Additionally, some of the line numbers that were previously three or four digits long are now five digits long.

The CRA notes that the form has been updated to include the use of plain language “where possible,” reduce the number of forms, update worksheets to simplify certain calculations, and increase font size and white space.

The form now also includes the calculation of federal tax.

“Most Canadians aren’t going to notice much of a difference, other than the extra pages and new line numbers,” Armando Minicucci, tax specialist at Grant Thornton, told CTVNews.ca.

“Two of the new pages are from adding the non-refundable tax schedule to the form.”

Page one of the form still asks for your basic personal information, such as your name, address, e-mail address, province of residency, marital status and information about your spouse or partner.

The rest of the T1 form requires the same information as previous years, including various deductions such as RRSP contributions and child-care expenses, the calculation of your net income and your taxable income.

Gittens notes that the calculation of these reductions is the most important part of the T1 form and remains completely unchanged from previous years.

The remainder of the form is dedicated to calculating your federal tax.

April 30 is the last day to file your 2019 income tax return. If you owe the Canada Revenue Agency money, it must be paid by this date. Otherwise, you’ll face a late-filing penalty and daily interest charges on your balance.

Other changes to CRA services this tax year include a new online tool that allows you to check the estimated processing time for your tax return and other tax-related requests, and the ability to pay your balance via PayPal.

CTVNews.ca will have stories on tax season every Money Monday. Look for it in our 5 Things to Know.