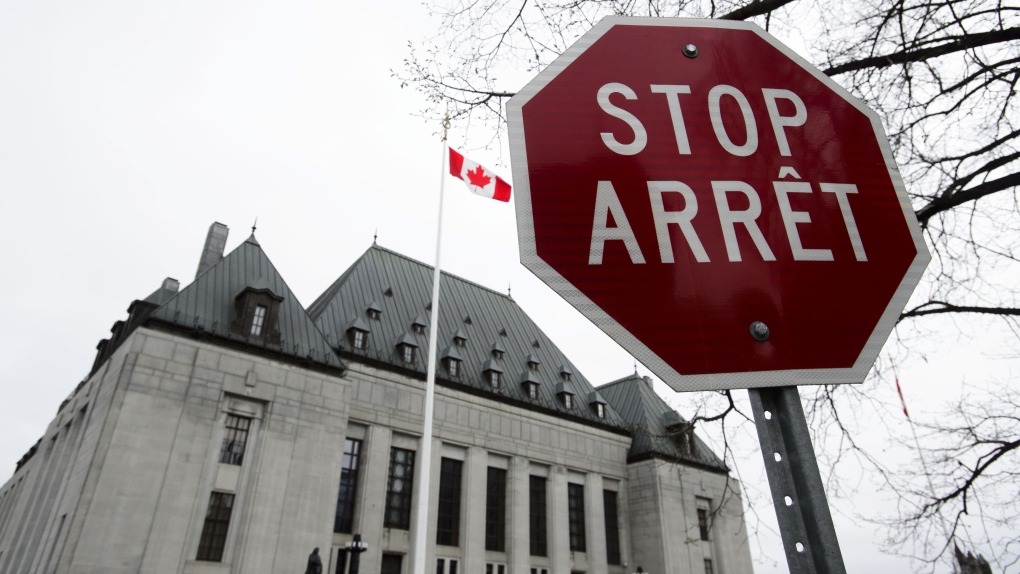 The Supreme Court of Canada in Ottawa on Thursday, May 16, 2019. THE CANADIAN PRESS/Sean Kilpatrick

OTTAWA -- Jewish groups across the country hailed the Supreme Court's decision not to allow an elderly man who lied about his time working for a Nazi death squad to continue his fight to retain Canadian citizenship, while his family decried the move as a miscarriage of justice.

The Supreme Court, as per its custom, did not provide reasons for refusing to hear the appeal from Helmut Oberlander. But the decision -- the latest in a legal saga that's stretched on since 1995 -- means the 95-year-old man is now one step closer to formal deportation from Canada.

The Ukrainian-born Oberlander was a member of the Ek 10a, a mobile death squad that operated behind the German army's front line in the eastern occupied territories and was part of a force responsible for killing millions of people, most of them Jews, during the Second World War.

Oberlander has long maintained that he did not take part in any atrocities, but Jewish groups said his mere membership in the squad should bar him from continued residency in Canada.

"Far too many Nazis have managed to get away with murder, live relatively normal lives and enjoy the freedom their victims were robbed of during the Holocaust," said a statement from the Friends of Simon Wiesenthal Centre for Holocaust Studies. "While justice in this case is long overdue, it is not too late for justice to be served."

"We are heartened that the government and courts stand with us in pursuing justice," read a statement from the Centre for Israel and Jewish Affairs. "Even now, we are haunted by the heinous crimes committed against us and our families. We are pained by the thought that there are still Nazi war criminals who conceal their past and live among us."

But Oberlander's family issued a statement saying justice has not been served for a man they describe as an "upstanding" community member who deserves to spend the rest of his life in the country he's called home for decades.

Courts have repeatedly agreed Oberlander's citizenship should be revoked on the grounds that he lied about his participation in the EK 10a.

In June 2017, the federal government revoked Oberlander's Canadian citizenship for the fourth time since the mid 1990s. In doing so, the government maintained he was complicit in war crimes by belonging to the death squad.

Oberlander, who came to Canada in 1954 and became a citizen in 1960, has long argued he was conscripted into the unit as a 17-year-old and risked execution had he tried to leave. He has insisted he acted as an interpreter and took no part in the killings.

The retired real estate developer, now living in Waterloo, Ont., did not disclose his wartime experience when he applied to emigrate, upon entering Canada or when seeking citizenship.

In September 2018, Federal Court Judge Michael Phelan upheld the government's decision as reasonable. Phelan said Federal Court Judge Andrew MacKay in 2000 had found Oberlander knew about the unit's brutality and was complicit in its war crimes by acting as an interpreter.

However, Oberlander's lawyers maintained Phelan misinterpreted MacKay's decision and was in fact leaning on his own previous ruling from 2008 -- one that was upended on appeal. They argued Phelan was biased because of his involvement in the case 10 years earlier.

The case has worked its way through various appeal courts since, with Thursday's decision marking the end of the legal battle.

Oberlander's lawyer, Ronald Poulton, said the government's likely next step will be to arrange a proceeding before the immigration division and try to obtain a deportation order.

He said his client, who now lives with both vision and hearing loss, is officially stateless and does not know where he would go if deported.

Immigration, Refugees and Citizenship Canada referred questions on Oberlander's future to the Canadian Border Services Agency, but said the government was "pleased" with the Supreme Court's decision and determined to "deny safe haven" to those with ties to war crimes.

"While we do not take citizenship revocation lightly, we recognize that it is necessary in cases of fraud, false representation or where the individual knowingly concealed material circumstances," Immigration Minister Marco Mendicino said in a statement.