Saskatchewan premier reflects on own crash ahead of Humboldt anniversary 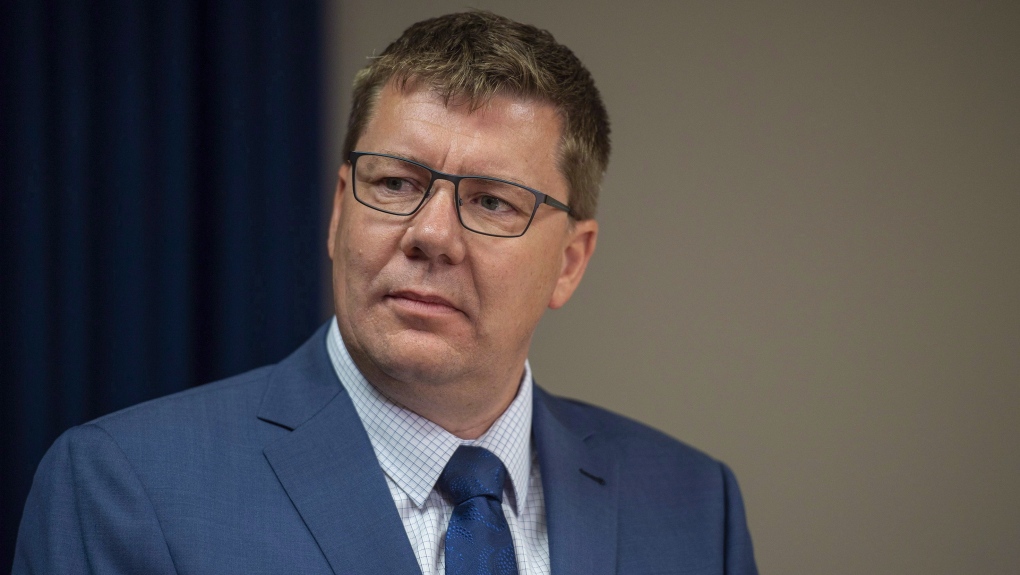 Premier of Saskatchewan Scott Moe attends a media event in Saskatoon, Thursday, October 4, 2018. Saskatchewan Premier Scott Moe says as a father he can relate to the families involved in the deadly Humboldt Broncos bus crash, including the family of the semi driver responsible. THE CANADIAN PRESS/Liam Richards

REGINA -- Saskatchewan Premier Scott Moe says he feels for everyone involved in the Humboldt Broncos crash and thinks everyday about the deadly collision he was involved in years ago.

Moe says he can't imagine what the families have gone through since last April's crash.

Last month, the truck driver who barrelled into the path of the hockey team's bus was sentenced to eight years in prison for dangerous driving causing the deaths of 16 people and injuries to 13 others.

Moe was driving on a gravel road to his parents' farm in Shellbrook, Sask., in 1997, when he failed to come to a complete stop as he approached a highway.

A woman in the vehicle he collided with died, and he says that weighs heavily on him.

Moe received a ticket for driving without due care and attention and for failing to come to a complete stop.

He says he doesn't compare his experience to any other, including the Broncos collision.

Moe also says the truck driver, Jaskirat Singh Sidhu, will feel the impact of his actions beyond any punishment handed to him by the courts.