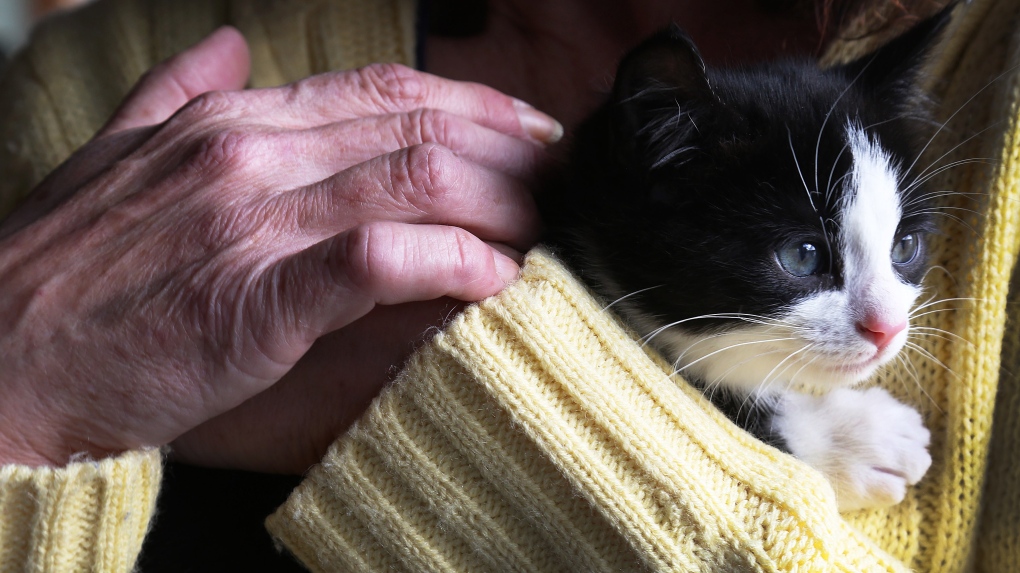 Carol Hull holds a feral kitten she rescued, at her home in Little Bay Islands, N.L, on Friday, November 15, 2019. Forty-two feral cats have been rescued from an emptying Newfoundland town after animal lovers from two provinces stepped in to save the animals. THE CANADIAN PRESS/Paul Daly

ST. JOHN'S, N.L. -- Forty-two feral cats have been rescued from an emptying Newfoundland island town after animal lovers from two provinces stepped in to save the animals.

Rescuers rallied to help the roaming animals, who would have been left without support in Little Bay Islands when residents move away this month.

"They're doing very well. First impression, they're not that fierce for feral cats," said Linda Felix of the charity Spay Day Nova Scotia, which spearheaded the rescue mission.

The Newfoundland and Labrador government had proposed euthanizing some of the cats, but the plan was put on pause last week when the veterinarian withdrew after social media backlash.

In the meantime, rescue groups from Newfoundland and Labrador and Nova Scotia sent volunteers to round up the animals last week.

Sonya Higgins with the group Healing Animal SCARS said 37 of the felines arrived in Nova Scotia Sunday night. She said volunteers plan to return for the few cats that weren't picked up last week.

Some of the cats will be adopted and others will be matched with barn owners through a program run by the Nova Scotia SPCA and Spay Day Nova Scotia.

Felix said the mission couldn't have happened without the combined efforts of people across two provinces who were brought together by their love of cats.

"Obviously there's still a lot of good people in this world and a lot of animal lovers stepping up to turn a sad story into a great one," she said.