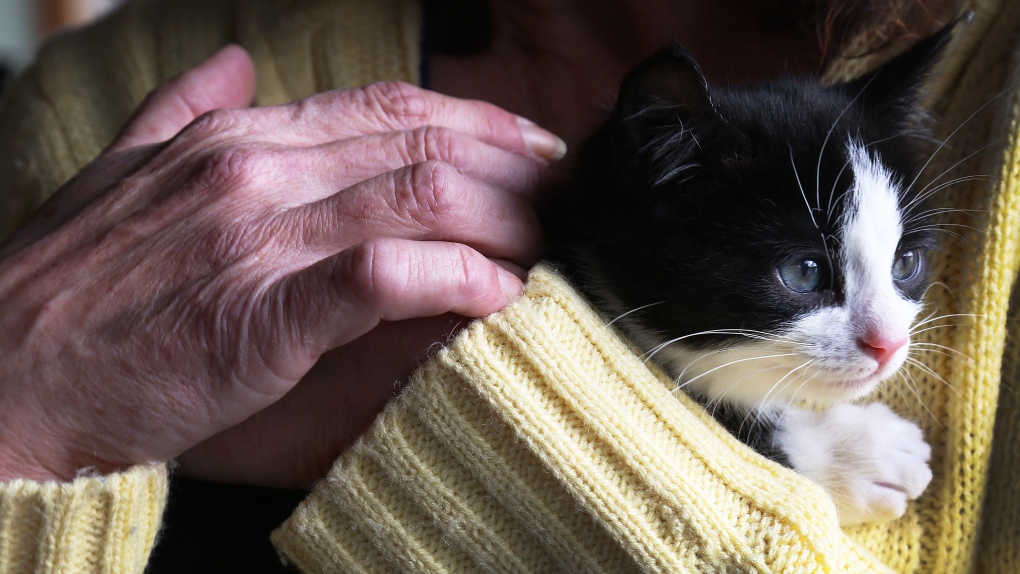 Carol Hull holds a feral kitten she rescued, at her home in Little Bay Islands, N.L, on Friday, November 15, 2019. (THE CANADIAN PRESS/Paul Daly)

ST. JOHN'S, N.L. -- Cat lovers across Atlantic Canada are rallying to save feral cats in a soon-to-be empty Newfoundland town as the provincial government proposes euthanizing the animals.

Human residents of Little Bay Islands are scheduled to leave by the end of the month, leaving dozens of feral cats without the assistance they need to survive.

The provincial government announced Tuesday it was working with a veterinarian to assess and trap the cats, saying some would be brought to shelters and others would be euthanized if necessary.

By the end of the day, though, the government announced that the vet had resigned from the job and was unlikely to be replaced.

A statement from the Department of Fisheries and Land Resources says it respects the veterinarian's privacy in light of "extensive" social media response after the plan was announced.

Sonya Higgins with Nova Scotia rescue group Healing Animal SCARS says volunteers are willing to travel and help local volunteers trap the cats, but plans are on hold until they hear from the provincial government.