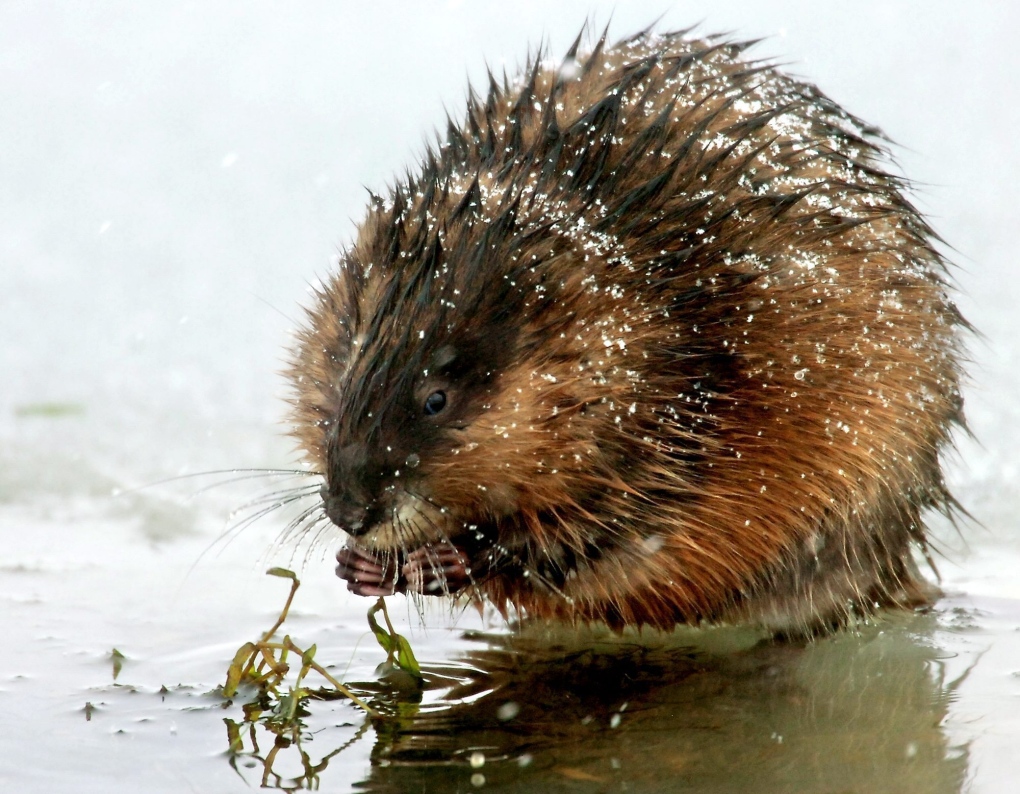 With snow falling, a muskrat feeds while sitting on an ice shelf on the Missouri River near Great Falls, Mont., in this Friday, Feb. 2, 2007 file photo. (AP / Robin Loznak, Great Falls Tribune)

After decades of pressure from animal-rights activists, the RCMP have agreed to replace their cold-weather muskrat fur hats with something more fur-friendly.

An RCMP spokesperson confirmed this week that the national police force will begin a “significant move” away from using muskrat fur for their traditional winter hats. Starting this winter, Mounties will instead wear a tuque made of merino wool.

“The RCMP has listened to the views and concerns of the public and employees in regards to the use of animal products in police issued uniform and equipment,” RCMP spokesperson David Falls said in an email to CTVNews.ca this week.

The wool tuque will become the new standard-issue hat for the RCMP across Canada, while the muskrat fur hat will be held in reserve for officers working in “extreme weather conditions,” Falls said. RCMP commanders will hold authority over when the muskrat fur hats will be permitted.

The Association for the Protection of Fur-Bearing Animals first announced the change earlier this week, and the RCMP later confirmed it. The APFA has long campaigned against the fur hats, which are made from the pelts of muskrats.

“Since the 1970s, we have tried to tell the RCMP that there are alternatives available to their traditional -- and cruel -- muskrat fur hat,” APFA spokesperson Michael Howie said in a statement on Thursday.

The APFA release goes on to describe how muskrats are trapped and killed for their pelts.

“Muskrats are caught in the wild in body-gripping traps, which can leave them exposed to the elements, dehydration, starvation, predators and numerous self-inflicted injuries prior to their deaths,” the statement says. It adds that about three muskrat pelts are used to produce one fur hat.

Last year, a petition against the RCMP’s use of muskrat fur hats accumulated more than 15,000 signatures on Change.org.