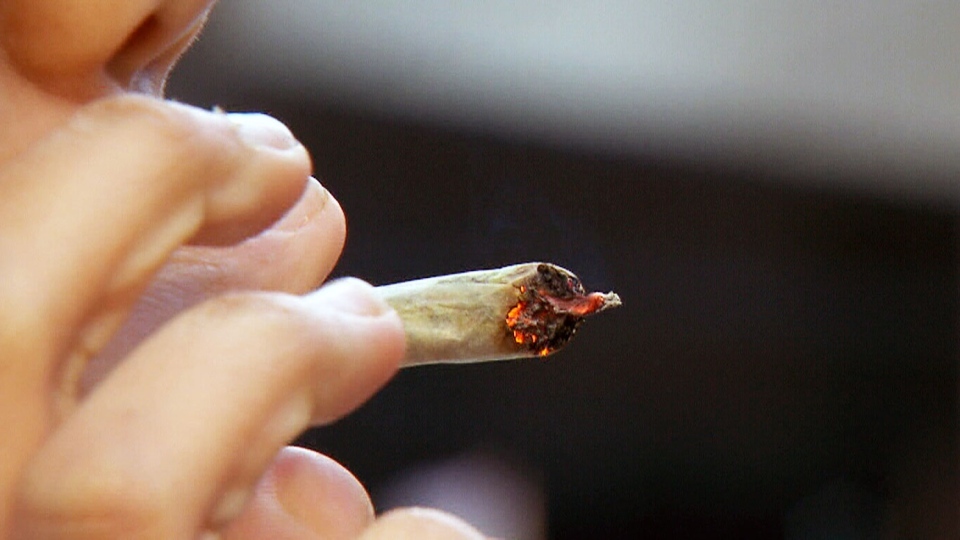 QUEBEC -- The Quebec government tabled legislation Wednesday that would impose the strictest cannabis controls in the country, raising the legal age to 21 and outlawing consumption in public.

The Coalition Avenir Quebec government campaigned on the promise to increase the age, and it followed through with a bill that would also see consumption prohibited in all public places, including parks and streets.

Lionel Carmant, the junior health minister, said he is worried about the effects of cannabis on the still-developing brains of young adults.

He told a news conference that studies have shown cannabis can cause damage to brain neurons until age 25, and he personally would have preferred setting the limit at 25.

The goal is to "delay the first consumption as much as possible," Carmant told a news conference at a Quebec City high school. He said he rejects the "fatalistic argument" that the higher age limit will push teenagers and young adults to illegal sources like criminal organizations.

But that is exactly what Prime Minister Justin Trudeau warned of Wednesday.

Trudeau lamented that "an 18-year-old this week could buy cannabis legally, but in a few months maybe he'll just have to buy it from Hells Angels."

He told reporters in Ottawa, "These are questions the (Quebec) government will have to answer, but they will make their decisions as they are entitled to do."

Carmant, a neurologist, said the province will invest $25 million in awareness campaigns beginning at a young age to warn about the effects of cannabis.

"I am convinced that the measures we are proposing today will have the effect of stopping many young people," he said. He hopes to have the law adopted by March.

The federal law legalizing cannabis consumption sets the minimum age at 18 but gives provinces the power to increase it. In all other provinces and territories, the legal age is 18 or 19.

The federal government said it would not get involved should there be a legal challenge to the proposed Quebec law.

"No, we don't have any intention to intervene in any legal proceedings," said federal Health Minister Ginette Petitpas Taylor. "It's entirely the responsibility of the province of Quebec to choose the age of consumption."

Quebec had previously parted ways with Ottawa on the issue of home cultivation of cannabis. Federal law allows people to grow up to four plants per home, but Quebec's existing law prohibits the practice.

In Montreal, Mayor Valerie Plante said she was "extremely disappointed" with the provincial bill, saying it undermines the city's autonomy.

Plante noted that in a city where 60 per cent of residents are renters and can be denied the right to smoke by landlords, prohibiting smoking in public places leaves nowhere for them to consume a legal product.

Raising the legal age to 21 is also a mistake, Plante said, because younger consumers will end up buying on a black market that is not subject to any controls.

Plante said municipal police resources would be better employed dealing with public safety and crime instead of "checking what someone is smoking on a street corner." She noted that no particular public safety issues have arisen since the Oct. 17 legalization.

With files from Mylene Crete in Ottawa and Pierre Saint-Arnaud in Montreal.