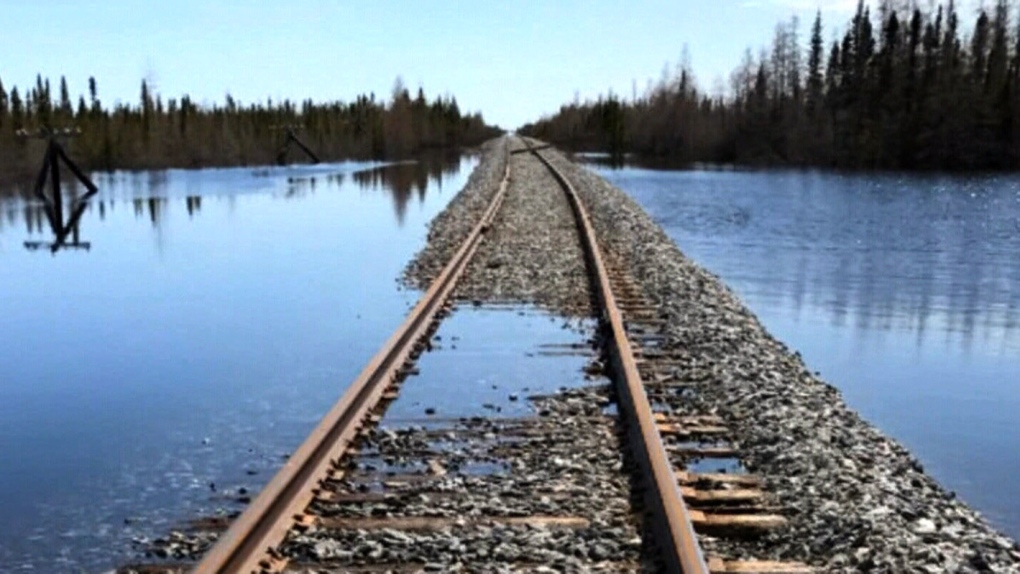 Ottawa filed a lawsuit against the owners of a broken rail line in northern Manitoba on Tuesday, hours after the company said it would file a complaint against the federal government under the North American Free Trade Agreement.

The legal salvos are the latest in a battle over the damaged track that is the only land link to Churchill, a town of 900 on the western coast of Hudson Bay.

And hopefully the last legal volley of the day. A Statement of Claim...Canada sues OmniTRAX for $18,800,316.62 for damaged rail. @CTVNews

The community has experienced rocketing food and fuel costs since being cut off.

The federal lawsuit alleges Denver-based Omnitrax has failed to repair and maintain the rail line in violation of a 2008 agreement that saw the company receive $18.8 million in federal aid for maintenance and upgrades. The lawsuit seeks repayment of the money.

"The defendants ... continue to refuse to repair the rail line and restore its operations, effectively leaving the remote northern town of Churchill, Manitoba -- and its citizens -- without the railway services which they depend on to bring essential goods and services to their remote community, where no roads go," the government's statement of claim reads.

Severe flooding damaged the rail line last spring. Omnitrax has said it cannot afford the estimated $43 million in repairs, and has been trying to transfer ownership of the rail line to a consortium of northern communities -- a move that would require government aid.

Prime Minister Justin Trudeau said in the summer that Omnitrax was legally obligated to fix the line and he would not rule out legal action.

The legal papers filed by Omnitrax earlier Tuesday are a formal notice of its intent to file a complaint under NAFTA that alleges unfair treatment by Ottawa.

The notice said the federal government's decision to end the Canadian Wheat Board's monopoly on western wheat and barley in 2012 drastically cut grain shipments along the rail line and through the Port of Churchill. It said the open market allowed producers to use southern rail lines and Canadian-owned ports.

Omnitrax's Canadian president, Merv Tweed, was a backbencher in the Conservative government that made the decision.

"Article 1102 of the NAFTA requires that Canada provide to investors or investments of the other NAFTA Parties treatment that is 'no less favourable' than it provides to its own," the 22-page notice states.

"Through the steps it has taken to undercut the (rail line) and its market position relative to Canadian-owned railways, the Government of Canada has de facto discriminated against Omnitrax to the benefit of its Canadian competitors."

Omnitrax said it hoped to resolve the standoff amicably, but also said it might file a lawsuit for $150 million if no agreement is reached.

Churchill Mayor Mike Spence, a member of the consortium looking to take over the rail line, said Tuesday he was optimistic progress will be made and repairs might start in the coming months.

With a lawsuit coming from the Feds and now a NAFTA challenge, the timeline for repairs could last as long as the legal proceedings....years

For now, Spence said, the town is still dealing with the higher cost of flying in goods and people, along with a drop in the number of tourists coming to see the polar bears for which the town is renowned.