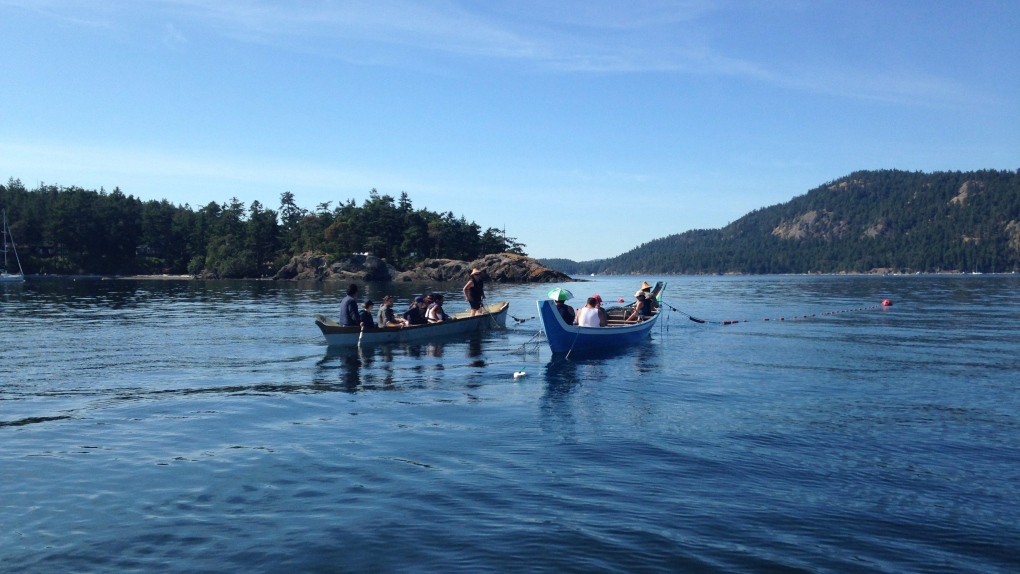 First Nations communities that have fished along Canada’s Pacific coast for thousands of years could have their catches nearly cut in half by 2050, according to a new study conducted at the University of British Columbia.

As climate change continues to heat up ocean temperatures, researchers predict that fish living in Canadian waters could respond by moving north to chillier habitats.

Researchers say increased sea surface temperatures are likely to affect 98 fish and shellfish species that First Nations groups rely on for food and jobs. The price tag for such a loss is estimated to be between $6.7 and $12 million per year by 2050, according to the study.

“This could have large implications for communities who have been harvesting these fish and shellfish for millennia,” said UNEP World Conservation Monitoring Centre scientist Lauren Weatherdon, who conducted the study as a UBC graduate student, in a statement.

The study was published Wednesday in PLOS ONE, a peer-reviewed science journal, and was conducted by a research team with the Nereus Program, an international group of scientists at UBC’s Institute for the Oceans and Fisheries.

The findings are significant because First Nations groups are “generally confined to their traditional territories when fishing for food, social, and ceremonial purposes,” Weatherdon said.

Governments across the world have expressed commitments to curb global warming. Last December, all 195 countries participating in the United Nations climate change summit agreed to keep global warming "well below" 2 C while striving to limit them to 1.5 C instead.

And while the Paris Agreement acknowledged the concerns of First Nations people, study co-author Yoshitaka Ota said that “little is known about the impacts of climate change on coastal indigenous people.”

The study hopes to fill in that knowledge gap and provide accurate figures as to the future of coastal fishing for First Nations.

If the temperature goals of the Paris Agreement are met, researchers say the consequences to First Nations could be mitigated.

“Limiting global warming effectively to 1.5 C by the end of the 21st century, as represented by the low emission scenario considered by our study, can substantially reduce such impacts,” said co-author and UBC associate professor William Cheung in a statement.