Indigenous teen to advocate for clean water in Canada at UN 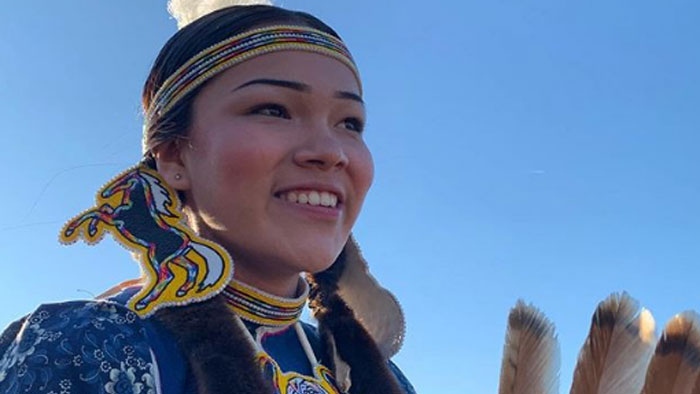 “I asked my mom what that meant,” Peltier, who is turning 15 this week, told CTVNews.ca by phone. “When she explained to me that our water is not safe to drink, it all hit me.”

The Indigenous teen from northeastern Ontario has since been advocating for clean water in First Nations communities across the country.

Peltier is in New York City this week to speak about the importance of clean water at the Global Landscape Forum at the UN.

Earlier this week, Greta Thunberg delivered a moving speech at the UN Climate Action Summit -- calling out world leaders who have failed young people on climate change action. Peltier said she has not had a chance to meet Thunberg, but would like to.

“I’m focusing less on what’s going on and more on what actions we need to take,” she said of the speech she’s presenting Saturday morning. “We need solutions to improve the environment and water.”

Peltier is following in the footsteps of her late great aunt Josephine Mandamin, who was a passionate advocate for the protection of the Great Lakes. She died at the age of 77 in February.

“I’ve picked up what the work she was doing,” she said. Peltier was named the Chief Water Commissioner by the Anishinabek Nation following the passing of her great aunt.

In a 2018 speech to the UN, Peltier said that “where I come from, I’m fortunate that I can still drink the water from the lake but sometimes I question it. Not far from where I live, there are communities that have lived through boil-water advisories. I ask myself: Why is it this way? Why in my province? Why in my country?”

Though she said she’s feeling overwhelmed by the media attention, she’s no stranger to making public speeches and has met with Prime Minister Justin Trudeau and the Assembly of First Nations to advocate for clean water.

Despite her many accomplishments at a young age -- her most recent one is a nomination for the International Children’s Peace Prize by the David Suzuki Foundation -- Peltier remains humble and excited by the opportunity to have her voice heard by many.

“I do not do this work for media or award recognition, I do it for all my people and the environment,” said Peltier.

School is a priority for the teen -- Peltier said she does one speaking engagement per month so she doesn’t miss out on classes. She also focuses on playing sports and keeping up with her friends.

“It is a challenge sometimes, but on the other side, there is work that needs to be done,” she said. “I’m doing it for my auntie Josephine too.”

Peltier “strongly encourages” other young people to speak up about climate issues.

“Anyone can do this work because I was just a little kid making speeches,” she advised. “Our message is stronger when it’s more than one person.”