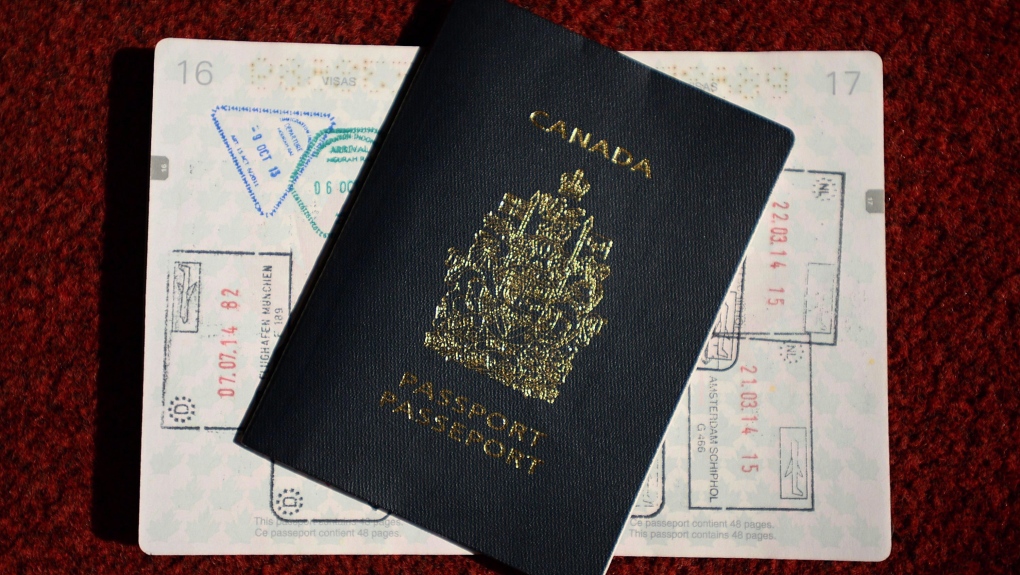 A Canadian passport is displayed in Ottawa on Thursday, July 23, 2015. (THE CANADIAN PRESS / Sean Kilpatrick)

TORONTO -- Amid concerns that China may be forcing some dual citizens in Hong Kong to renounce their Canadian passports, Canada is creating a new path to permanent residence here for Hong Kong residents.

Immigration, Refugees and Citizenship Canada (IRCC) announced Thursday that applications will open next week for new work permits that will enable some Hong Kong residents to find employment in Canada.

To be eligible for the permits, applicants must have obtained a Canadian post-secondary diploma or degree in the past five years, or have an equivalent foreign credential, and must hold either a Hong Kong Special Administrative Region or British National Overseas (BNO) passport.

The permits will be valid for up to three years.

Both of those programs are expected to be up and running later this year, IRCC said.

These initiatives are a response to what the government describes as a "deteriorating human rights situation" in Hong Kong.

The United Kingdom recently announced its own new path to citizenship for holders of BNO passports, which prompted China to derecognize the passports as legal travel documents.