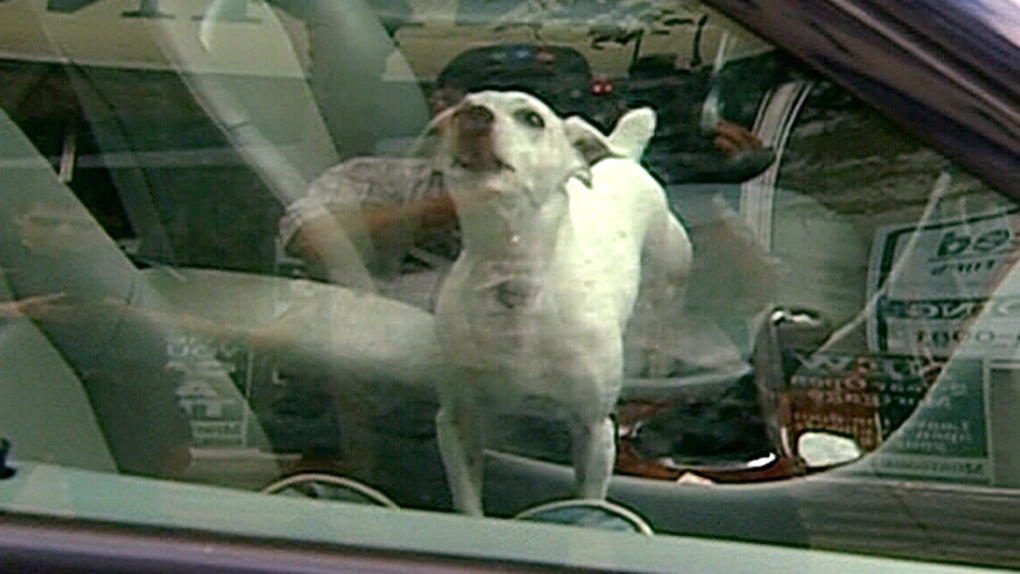 This photo shows a dog left in a car. (File photo)

HALIFAX -- It was Halifax police who let the dogs out -- and then fined their owner almost $1,750 for allegedly leaving them in a sweltering car.

Passersby spotted the dogs "in distress" at 12:40 p.m. Thursday on Clyde Street, near the corner of Queen Street near the city's downtown library, and called police.

Police spokesperson Cindy Bayers says the car's window was open slightly, which allowed officers to open the door and let the dogs out.

She says they were brought to shade and given water.

The owner returned at 1:30 p.m., and police handed out two $697.50 fines for leaving the dogs in an unattended vehicle in potentially distressful conditions, and a third ticket for $352.50 for having an unlicensed dog.

Bayers says people should leave pets at home, use a drive-thru, bring a friend to stay with them, or shop at pet-friendly stores.