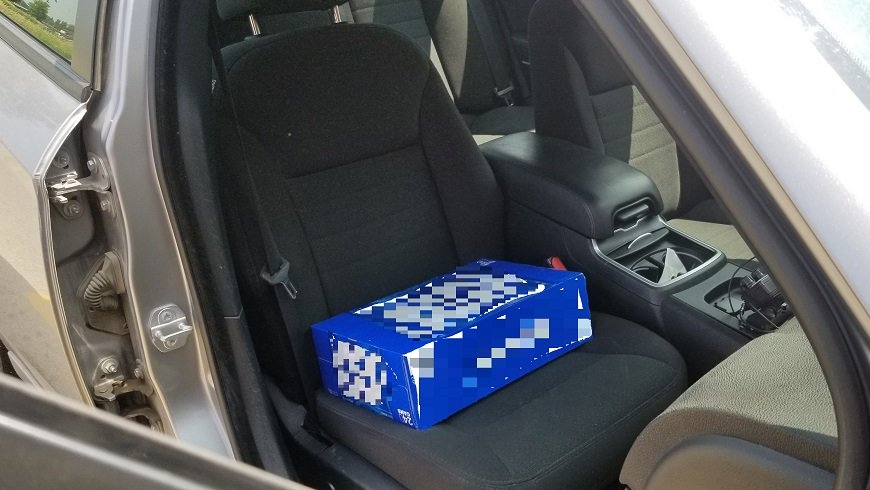 Ontario Provincial Police tweeted this photo of a case of beer they say was used as a booster seat in North Perth, Ont. (OPP/ Twitter)

Ontario Provincial Police say they have charged a driver after they spotted a child seated on a case of beer which was being used as a substitute for a booster seat.

The driver was stopped northwest of Kitchener, Ont. in the township of North Perth on Tuesday, according to Const. Joshua Cunningham in an OPP release.

OPP say the two-year-old child was not injured.

The 22-year-old driver, who is from Wellington North, was charged with failing to ensure a toddler is properly secured.

A proper child seat was brought to the location and Family & Children's Services was notified.

The driver has not been identified in order to protect the child’s privacy, Cunningham explained in a phone call with CTVNews.ca

Cunningham says that this is an opportunity to educate the public.

Children under 40 pounds need a car seat, while those under 80 pounds and under eight years old require a booster seat.