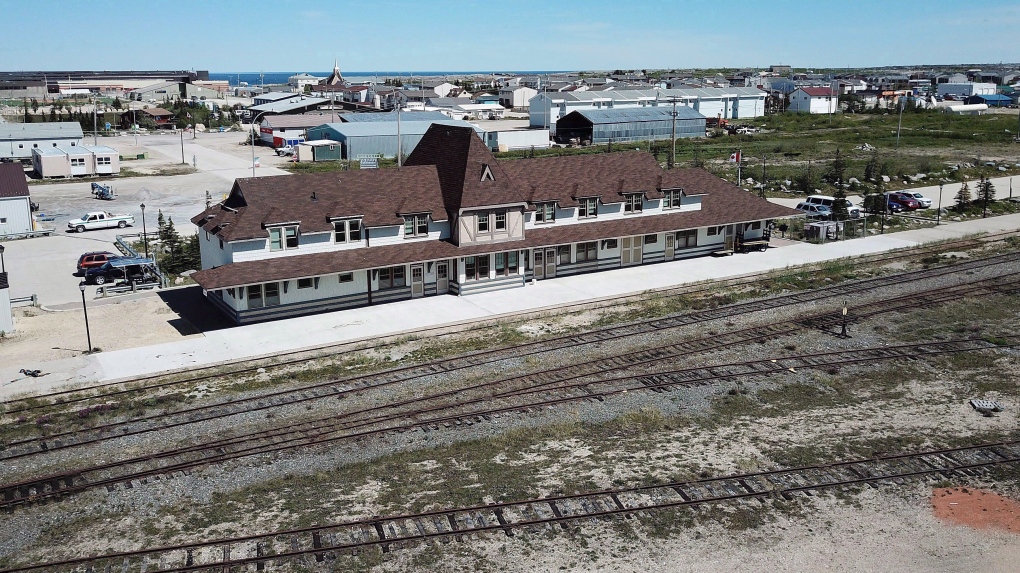 An aerial view of the rail line and Via station is shown in Churchill, Man., on July 4, 2018. (THE CANADIAN PRESS/John Woods)

CHURCHILL, Man. -- The partnership taking over a railway that runs to Churchill in northern Manitoba says work is underway to repair tracks that have been washed out for more than a year.

He says crews are working each day but it's not known when repairs will be complete.

About 20 sections of track were washed out during a flood in May 2017, halting ground transportation to Churchill.

The rail line is the only land link to the town on Hudson Bay, and damage from the flooding has forced fuel and food to be flown or sent in by ship at exorbitant costs.

Earlier this month, the federal government announced a sale, along with long-term financial aid, to the new owners of the Hudson Bay Railway, the Port of Churchill and the Churchill Marine Tank Farm.

The former owner, U.S.-based Omnitrax, had refused to repair the line, which it said had been losing money for years and would cost tens of millions of dollars to fix.

Arctic Gateway had initially said it hoped repairs would be complete before winter freeze-up.

"Every day they work," Al-Katib said Wednesday. "Crews are staying at site in camps ΓÇª We have ongoing assessments of wash-outs and scope of work is fluid and complex." (CTV Winnipeg)