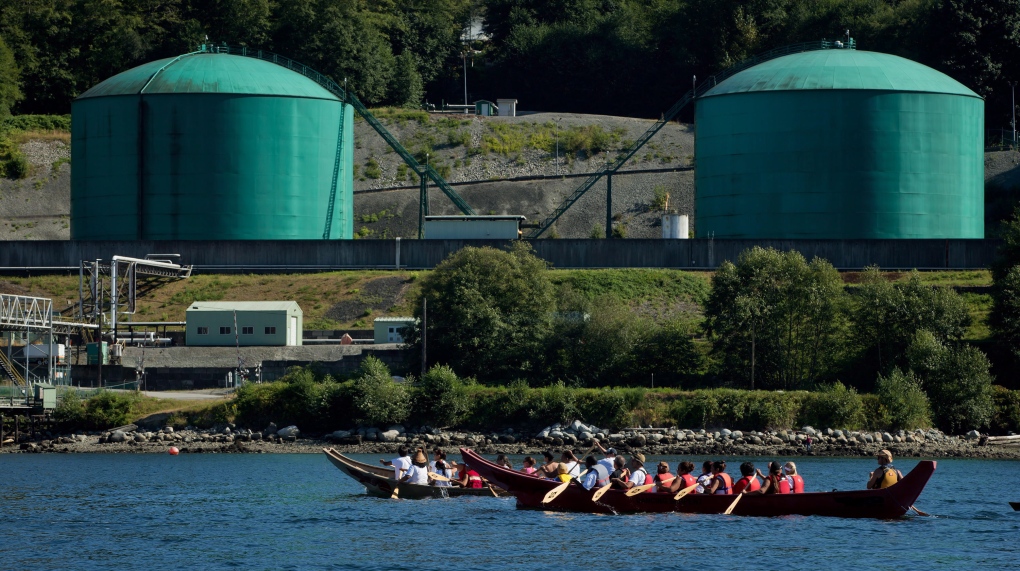 Protesting members of the Squamish and Tsleil-Waututh First Nations paddle canoes on the waters of Burrard Inlet to the Kinder Morgan Burnaby Terminal in North Vancouver, B.C., on Sept. 1, 2012. (Darryl Dyck / THE CANADIAN PRESS)

The Tsleil-Waututh Nation says if the challenge were successful, it could force the National Energy Board to restart its review process.

Tsleil-Waututh Chief Maureen Thomas says government and the NEB have entered into an unlawful process that doesn't respect the band's rights and title.

Thomas says the First Nation will use all legal means necessary to defend itself against what it calls the energy board's one-sided review process for the expanded pipeline.

The band claimed in court that the process can't go ahead because it hasn't been consulted about key decisions, including about the environmental assessment.

If the expansion were approved, the twinned pipeline would carry about 890,000 barrels of bitumen to Metro Vancouver's Burrard Inlet for transport by oil tankers.