Cost to run some municipal police departments has ballooned since 2015 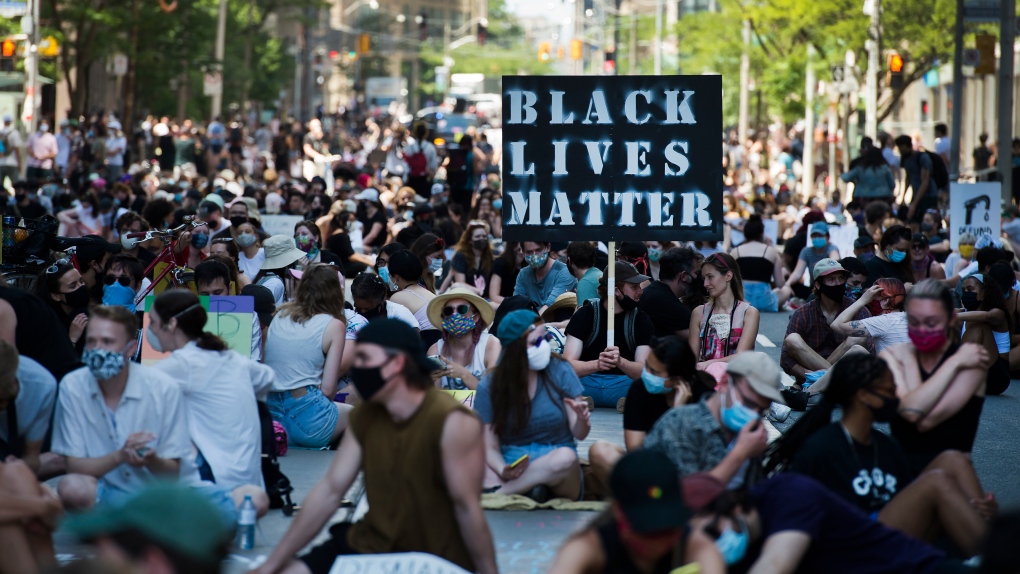 Thousands of people protest to defund the police in support of Black Lives Matter and all social injustice against racism in Toronto on Friday, June 19, 2020. THE CANADIAN PRESS/Nathan Denette

TORONTO -- The cost to run a police department in some of Canada’s largest cities has climbed since 2015 -- in one case by as much as 25 per cent -- according to a CTVNews.ca analysis of financial reports between 2015 and 2019.

Police departments in large cities spend hundreds of millions of dollars each year to operate, but their budgets have come under scrutiny in the wake Black Lives Matter marches around the world. Outrage following deaths including George Floyd, who died after repeatedly pleading for air as a police officer pressed a knee against his neck, as well as Breonna Taylor and Atatiana Jefferson -- both of whom were shot by police in their own homes, has put pressure on city councils to examine how much is being allocated to police departments and whether that money would be better spent on services targeted at underserved and marginalized communities.

City expenses compiled and calculated through annual financial reports for Vancouver, Calgary, Edmonton, Toronto, Ottawa, and Montreal found police department spending has grown over the last five years, from as little as just under 3 per cent in Montreal to as much as 25 per cent in Edmonton. Toronto, which has yet to release its 2019 financial report, has seen police expenses rise by more than 1 per cent between 2015 and 2018.

The six cities analyzed all spend more than a billion dollars annually to operate. Generally, police department costs as a percentage of cities’ annual expenditures have mostly remained steady over the last five years, ranging from about 10 to 20 per cent, while year-over-year spending has steadily increased.

It is worth noting that cities are not structured exactly the same. How finances are reported and how spending is categorized may differ as well, making comparisons difficult. For the purposes of this analysis, actual annual spending -- which is presented more consistently in financial reports due to generally accepted accounting principles -- were used instead of annual budgets.

The spending increases have been attributed, in part, to how policing responsibilities have evolved and expanded over time, according to at least one law enforcement expert and a think tank. Statistics Canada also noted that the roles and responsibilities of police services have changed over time, creating “new challenges in areas such as crime prevention, law enforcement, public assistance, maintenance of public order and responding to emergencies.”

Still, after weeks of debate around police reform, Edmonton city council approved a motion in early July that included cutting the police service’s budget by $11 million over the next two years. A task force will also be created to make recommendations including where the money cut from the budget will be reallocated. The plan is to move the money towards social and community services including housing support in order to help the city’s most vulnerable residents.

Meanwhile, Vancouver spends between 20 to 21 per cent of its annual expenses on the police, but the cost to run the department grew 19 per cent over the last five years. Calgary spends just over 13 per cent each year, but the cost to operate the police service rose more than 9 per cent over the same period. Ottawa has held steady with roughly 10 per cent of the city’s annual expenditures going towards policing, but its annual spending rose by more than 13.5 per cent to $350.5 million in 2019.

Canadian cities are not alone in seeing an increase either. Coast-to-coast in the United States, the portion cities spend on policing has grown over the last 40 years -- even as cities have become much safer, according to a June report from the New York Times. Since the late 1970s, the average share of spending on police in 150 cities climbed some 1.2 percentage points to 7.8 per cent, based on data collected by the Lincoln Institute of Land Policy’s Fiscally Standardized Cities.

Still, the annual rise in spending by the police in Canada is lower than the overall spending increases reported since 2015 among the six cities. Montreal’s expenses, for example, grew by more than 16 per cent according to the annual reports from the last five years, while Ottawa’s grew by nearly 19 per cent.

Annual expenses for the City of Toronto have increased by nearly 13 per cent between 2015 and 2018. This stands in contrast to the city’s 1 per cent rise in policing costs over the same period. Edmonton is a notable exception, with city costs climbing just over 15 per cent versus the 25 per cent seen by the police.

These figures are more or less in line with spending among the 10 largest American cities, according to a June report by U.S. News & World Report. San Antonio spends US$330 per resident, while San Diego and Philadelphia spend between US$384 and US$488. Per capita spending takes a big jump for Chicago and New York, however, which spend US$660 and US$671 per resident, respectively.

HOW SOME CITIES SPEND THEIR MONEY

CTVNews.ca’s police finance analysis found that, among 18 of Canada’s largest cities, regions and provincial capitals, more than half allocate 15 per cent or more of their operating budgets to policing, with cities in Western Canada budgeting 20 per cent or more. Any reallocation of funds could potentially have a major impact on other city services that have significantly smaller budgets.

Vancouver city council, for example, says it is trying to prioritize concerns like putting more focus on diversity and other social issues, and addressing housing affordability. The city, which spends about a fifth of its money on the police, tried unsuccessfully to trim its $339.5 million police budget by 1 per cent in June.

In its 2020 budget, Vancouver plans to invest a total of $65 million to address housing -- this includes $29 million for existing and ongoing activities, $32 million in capital investments and $4 million in new investments. Some of the $29 million will go towards expediting affordable housing and lower-income rental projects and advancing new ones. Part of the $4 million will go towards expanding services for renters, increasing year-round shelter space and protecting existing low-income housing.

Calgary, which has earmarked $517.7 million in its budget for the police this year, has a net operating budget for affordable housing of $15.3 million, about $10 per resident. The sector is already facing a financial crunch after Alberta announced in February it was planning to cut $53 million in funding for maintenance of affordable housing units over the next three years.

In Toronto, the Social Development, Finance and Administration division leads the city’s equity and inclusion, poverty reduction and community safety strategies, and serves groups including under-served Black and Indigenous communities. It has a net expenditure of $59 million (gross expenditure of $76.8 million) for its 2020 operating budget. It’s a modest slice of the city’s $13.53 billion total operating budget and the $1.22 billion allotted to Toronto Police Services. At the end of June, Toronto city council rejected a 10 per cent cut to the police budget.

Montreal, which has a 2020 balanced operating budget of $6.17 billion, has earmarked $30.4 million for its diversity and social inclusion services, which focuses on homelessness, poverty, discrimination, and integration of new arrival. According to its 2020 budget report, priorities include improving its support for women, Indigenous and transgender people.

As the campaign to defund the police continues, municipal leaders in Canada appear open to discussions, but warn that it is not something that will happen overnight, as rejections to police budget cuts in Toronto, Vancouver and elsewhere demonstrate. Still, what was once considered a radical idea has quickly gained enough traction that cities across North America and beyond are looking at the issue as part of its active discussions around police reform, with some places like Edmonton already promising cuts to police budgets.

“Politicians don’t roll out of bed and pass new laws,” Keith Mayes, a professor of African American studies at the University of Minnesota told CTV News Channel earlier. “They have to be forced and pressured to do so by the people.”