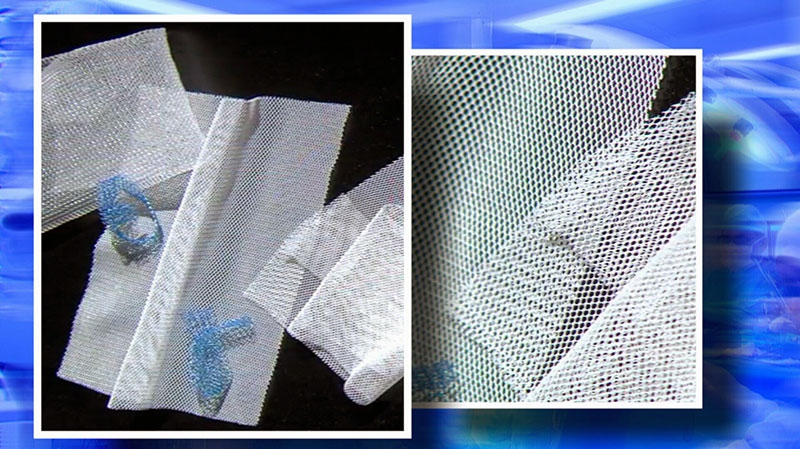 More women are coming forward to say they are living in agony from the transvaginal plastic mesh they have had implanted to treat incontinence or complications from hysterectomies.

Several Canadian women who say they suffered complications from transvaginal mesh used to treat incontinence and organ prolapse have reached a settlement with one of the mesh manufacturers.

Bard has agreed to the settlement “without admission of liability or wrongdoing,” the agreement notice reads.

While there have been individual pelvic mesh lawsuit settlements, if approved, this would be the first class action settlement in Canada.

An approval hearing is scheduled for May 2 in which the court will determine whether the settlement agreement is fair, reasonable and in the best interests of all the women listed as class members.

Transvaginal mesh has become a popular treatment to use as support when pelvic organs such as the bladder descend in the abdomen. Many doctors prefer the surgical mesh because it lifts internal organs without full surgery, since the mesh can be implanted through the vagina.

While the mesh has been successful for some women, thousands of others in the U.S., Canada and parts of Europe have reported complications. They include infection from mesh parts breaking off inside the patient, leading to excruciating pain, painful sex, and other internal damage.

Dozens of lawsuits are underway in the U.S. and Canada. This is the first class action to be settled in Canada.

“This is a significant settlement to be able to bring compensation to women,” said Matthew Baer of McKenzie Lake Lawyers in an email to CTV News.

“Bard should be commended for working out something fair and reasonable in those circumstances.”

“I was going to the hospital every week” O’Brien told CTV News.

She says the mesh had started to erode and migrate through her vagina. Doctors attempted to remove the mesh but were unsuccessful. The continuing infections she says caused fluid to build around her heart, triggering a heart attack in 2011.

O’Brien says she welcomes the settlement and hopes to use the money to find a doctor who will try again to remove the remaining mesh.

“Hopefully, it will help me to find someone to get fixed – even outside of Canada,” she said.

Some 18 mesh lawsuits have been settled in the U.S., some with multi-million dollar awards.

“Hopefully, (the Bard settlement) will serve as a catalyst towards all women who have suffered similarly receiving compensation, regardless of manufacturer,” said Baer.