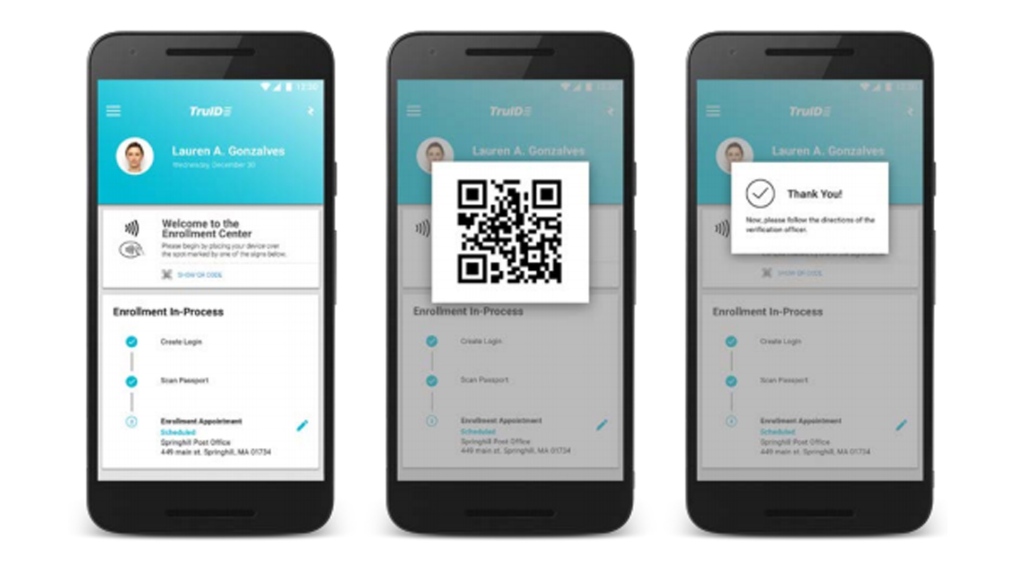 An example of the Known Traveller Digital Identity app is shown in this image from a document posted by the World Economic Forum.

Canada and the Netherlands are collaborating on a pilot project that uses a smartphone app to speed trusted travellers through arduous border checks.

The Known Traveller Digital Identity (KTDI) project aims to build an encrypted, biometrically-protected profile that air travellers can show at border checks to demonstrate that they are a low risk to national security. Users are encouraged to pre-screen themselves by entering personal info into the app, with each verified piece of information contributing to a better trust rating. The smartphone app would not replace existing passports, although users could scan their passports into the app to improve their trust rating.

Canada and the Netherlands are partnering up to run a KTDI pilot project this year for individuals travelling between the two countries, with broader rollout coming as soon as 2020.

The Canadian government is championing the project in collaboration with the Dutch, as well as the tech firm Accenture and the World Economic Forum. Several other major stakeholders are also involved.

The project was announced last month at the World Economic Forum in Davos, where a 44-page concept document described how it might be put into widespread practice. The WEF-authored document suggests a KTDI system would provide necessary congestion relief and added economic benefit in the years ahead, with international arrivals expected to rise by 50 per cent up to 1.8 billion annually by 2030.

The WEF compared the KTDI app to existing trusted-traveller programs such as NEXUS, which uses pre-screening checks to clear Canadian and U.S. citizens for a quick pass through customs between the two countries. The KTDI program would essentially apply that program on a global scale, so pre-screened travellers can take the fast lane through immigration checks.

The organization says the KTDI program would actually boost border security by allowing border agents to “redirect attention and resources to identifying threats,” rather than scrutinizing low-risk individuals.

The Canadian government says the KTDI prototype is the “first step in an ambitious roadmap” toward speeding up global border crossings to meet the anticipate surge in travel.

The system uses machine learning to build up a trust rating for each user, based on the number of times a trusted agent has verified that person’s info.

Essentially, the more correct information you feed into the system, the more confident it becomes that you’re not a terrorist-in-waiting. That information can come in a variety of forms such as proof of education, citizenship records, vaccination records and bank statements.

The WEF says the success of the program will depend on buy-in from various international governments.

Is my personal data protected?

The KTDI app uses distributed ledger technology to store travellers’ data. The technology is similar to the blockchain system used for cryptocurrencies such as Bitcoin, in that there is no central hub where all the data is stored, and no one country in charge of managing it. Instead, the information is spread across a private data structure shared among all participating users.

The WEF says individuals’ personal data will be encrypted and protected through biometrics. It also points out that participation in such a program will be voluntary, and that there will be no need to share every bit of data all at once.

“The traveller can select which information is shared for a specific time according to the authority or private entity’s requirements to access the services,” the WEF document says.

No specific launch date has been set for the pilot project.