Canada aims to double intake of Syrian refugees to 50,000: McCallum 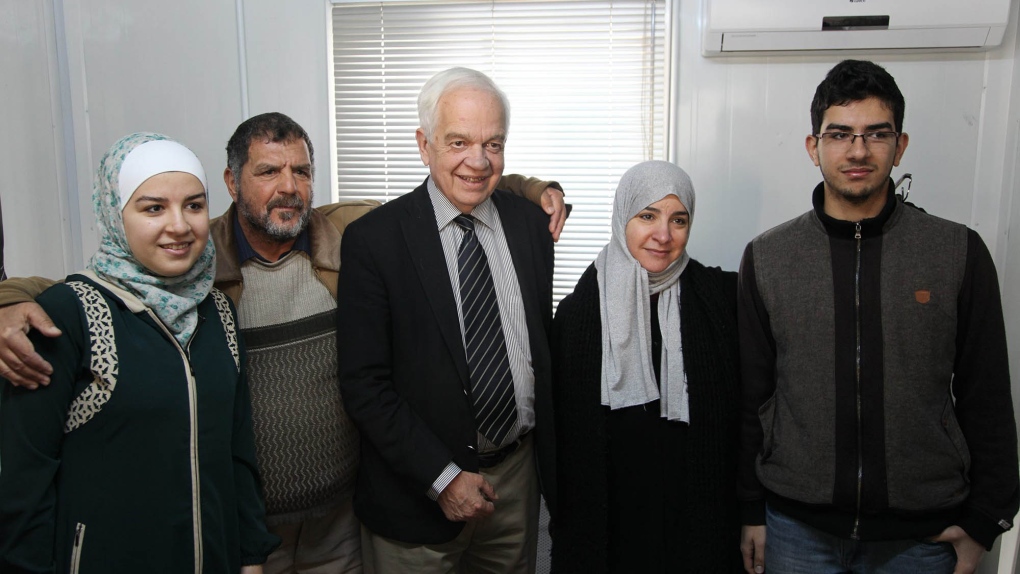 Canadian Minister of Immigration John McCallum, center, poses for a photograph with a Syrian family soon to be resettled in Canada, Sunday, Dec. 20, 2015, at the UN refugee agency building in Amman, Jordan. (AP / Sam McNeil)

AMMAN, Jordan - Canada's minister of immigration and citizenship says the country's resettlement program for Syrian refugees could double its intake by the end of next year to 50,000.

John McCallum was in the Jordanian capital of Amman on Sunday, meeting with Syrian families preparing to board flights to Canada. He told one family: "Everyone in Canada is waiting to meet you."

Canada's new Liberal government is pushing forward with its pledge to resettle 25,000 Syrian refugees by the end of February. McCallum says Canada hopes to settle 35,000 to 50,000 Syrian refugees by the end of 2016, with the UN refugee agency, the Jordanian government and the International Organization for Migration assisting with the vetting process.