Bureaucrats scrambled to save some refugee health benefits: documents 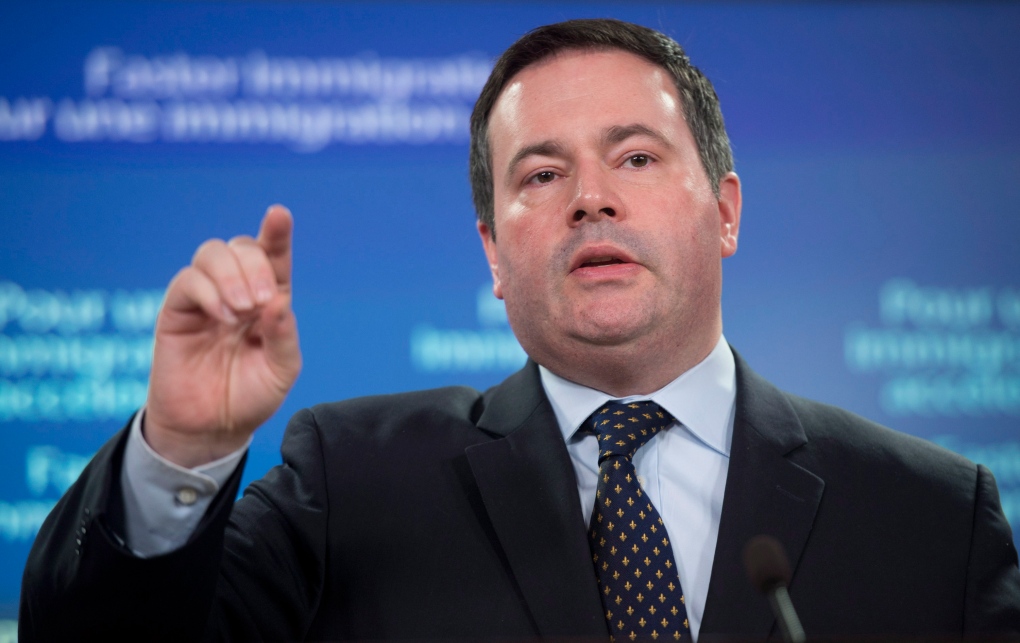 OTTAWA -- Civil servants in the Department of Citizenship and Immigration had to scramble to make the case for preserving some refugee health-care benefits destined for the government's cost-cutting axe, newly released documents show.

And they were forced into a last-minute pitch to Immigration Minister Jason Kenney to save part of the interim federal health program, despite having argued some eight months earlier that the proposed policy was flawed.

The series of emails and memos released under Access to Information laws seem to contradict Kenney's assertion in June that benefits for resettled refugees were never meant to be axed.

Up until June 30, 2012, the federal government covered the costs of drugs and medical care -- including dentistry and vision care -- for refugee claimants until they had been in Canada long enough for provincial coverage to kick in.

But in April, the government announced an end to almost all supplemental health care benefits, slashing coverage in most cases to care only when it was a public health emergency.

The government said the cuts were intended to ensure refugee claimants weren't getting better benefits than Canadian citizens, but a government-wide search to save billions in spending also played a role in the decision.

When the program was originally announced, it made no exception for two specific groups of refugees: those brought to Canada by the government (GARs) and those sponsored by private interests (PSRs).

A day before the cuts went into effect, however, those two groups were suddenly exempt from the changes.

At the time, Kenney said government-assisted and privately sponsored refugees weren't supposed to have been included in the new rules. Spokeswoman Alexis Pavlich made the same point when asked about the departmental correspondence.

"When it was brought to our attention that the initial published language would not provide coverage for government assisted refugees, this language was clarified before coming into force to ensure that they would be (covered)," Pavlich wrote in an email.

"This occurred shortly before final publication."

But in a September 2011 email that discusses cuts to the program, bureaucrats make the case that the policy needs to be clear.

"Recognizing that cost-saving is the primary driver of the IFH reforms, a distinction needs to be made between permanent residents of Canada (GARs/PSRs) and those who status in Canada remains undetermined," wrote Derek Kunsken, acting director of the resettlement division.

A day earlier, an email circulating a range of options for cuts to the program noted as well the potential pushback against the changes for private refugees.

"In regards to the exclusion of PSR from supplemental benefits, it would be difficult to justify why we are further endangering the ability of marginalized people -- chosen for their vulnerability and needs -- to settle and become healthy and employable."

But about a month before the changes were due to go into effect, officials were left furiously working to build a case for the minister that those two groups ought to maintain their benefits.

"The pending elimination of coverage for supplemental benefits under the IFH program for resettled refugees may significantly reduce the effectiveness of these options in improving refugee outcomes," said a paper circulated by the department five days before the policy went into effect.

"The elimination of supplemental coverage may also have a significant impact on resettled refugees' health and settlement experience..."

In drawing up a list of reasons on why the benefits shouldn't be cut, bureaucrats outlined several, including the increased financial burden for private groups who sponsor them and the possibility Canada wouldn't be able to meet its international commitments for refugee resettlement.

Another was public pushback.

"Public reaction -- contributing to a sense that (Canada is) closed to refugees (undercutting the message of the Minister that he's tightening the asylum system but reinforcing Canada's commitment to resettlement," wrote Debra Presse, then the director of refugee resettlement.

As bureaucrats worked to convince Kenney to change his mind, they also tried to figure out what impact the program changes would have.

"We also need to understand what is going to be the medical/health fallout post June 30 for all current IFH beneficiaries who will no longer receive the medication we are not paying for," wrote Presse.

"It cannot be presumed they will simply find the medication another way."

The decision to move ahead with all of the planned cuts caused tempers to flare within the department, the exchanges suggest.

"Sorry if things got a touch heated," Ron Parent, a manager at the refugee resettlement program wrote to Allison Little Fortin, director of the health program, following a telephone call.

"People react emotionally and sometimes that comes across as shooting the messenger, but everyone understands this is a policy decision."

It has been estimated the changes will save about $20 million a year.

"It is too early to identify the amount of actual savings because health care providers have up to 6 months from the date of service to submit a claim for reimbursement," Paul Northcott, a spokesman for the department, said in an email.

Doctors who treat refugees say they are beginning to see the impacts of the policy change.

"The biggest disaster has been that there's been so much miscommunication and mismanagement around these cuts," said Dr. Meb Rashid, who works in refugee health care in Toronto.

"A lot of people don't understand what they're covered for and a lot of physicians who have no clue what patients are covered for."

He gave the example of a woman who was 37 weeks pregnant who was told she was denied coverage and needed to pay $3,000 for continued care.

But when doctors called immigration officials, they discovered the woman's file had been classified in error.

That's only one half of the story, Rashid said.

The other is the shift it appears to be marking in Canada's approach to refugees overall.

"I just find that very un-Canadian. That's not what this country was built upon and I don't think that's the reality."