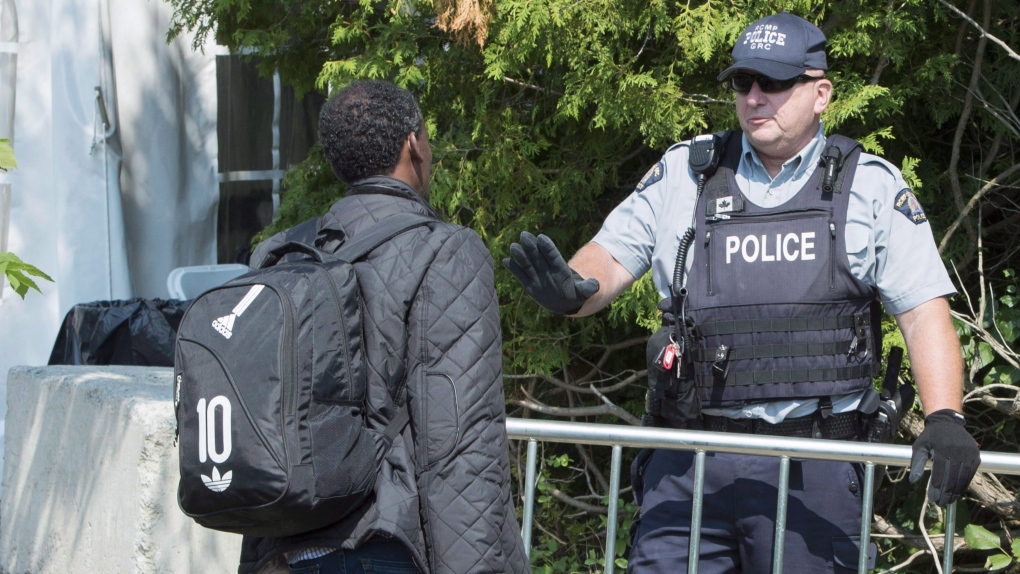 An asylum seeker is questioned by an RCMP officer as he crosses the border into Canada from the United States Monday, August 21, 2017 near Champlain, N.Y. (THE CANADIAN PRESS/Paul Chiasson)

Last month, RCMP officers intercepted 371 more migrants trying to cross into Canada from the United States between official border checkpoints compared to May.

June of this year also saw a small increase of over 300 irregular crossings compared to the same month of last year.

Conservative border critics Michelle Rempel and Pierre Paul-Hus say they believe this shows the numbers of irregular migrants arriving in Canada are "on the rise."

But the overall totals show a downward trend this year versus last.

Between January and June 2019, a total of 6,707 asylum seekers crossed irregularly into Canada, a 38-per-cent drop compared to the same period in 2018.

June was the first month in all of 2019 in which the numbers of irregular border crossers was higher than in the same month the year before.