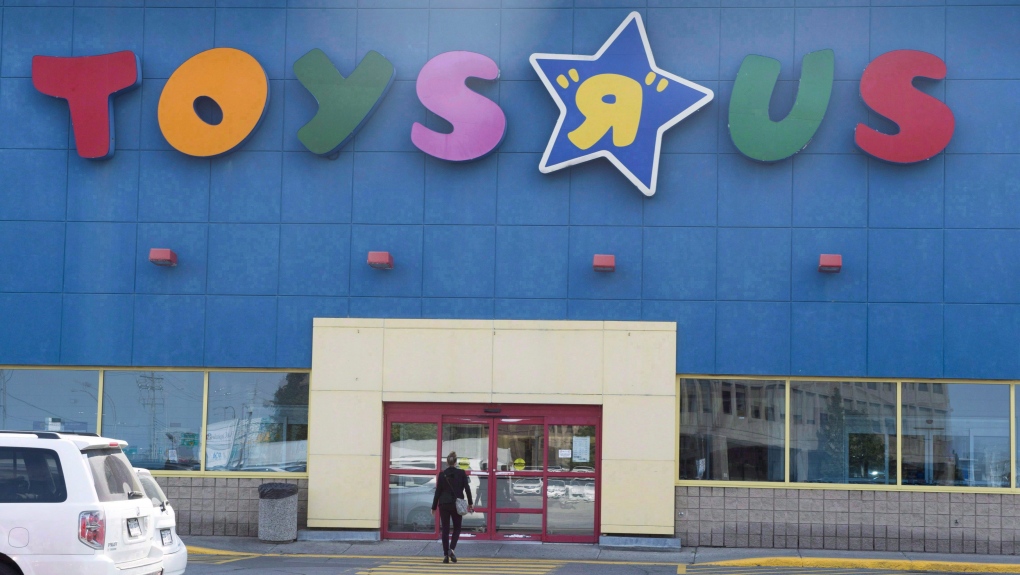 A Toys "R" Us store is seen Tuesday, September 19, 2017 in Montreal. THE CANADIAN PRESS/Paul Chiasson

TORONTO -- Dozens of angry Toys R Us customers have taken to social media to complain about what they see as a lack of service from the retailer. A spokesperson for the company says a “record-breaking” holiday season has resulted in some delays.

In what is undoubtedly the busiest time of year for the toy store, numerous panicked customers are worried their orders may not arrive in time for Christmas.

The complaints fall into three main categories: no updates to online orders made days or weeks ago, very long wait times to speak to someone at customer service, and items appearing out-of-stock and then in-stock again or vice-versa.

“I ordered November 18 and have received zero updates since,” one customer wrote on the Toys R Us Canada Facebook page on Thursday.

“I was buying the leapfrog ice cream cart and it was in stock, now it’s showing out of stock. I’d really just like to know what’s going on with my order, I’ve ordered something else as well with that same order. Am I going to get any of it? I ordered this exact same ice cream cart two years ago, same situation happened and I had to order elsewhere.”

Toys R Us responded on Facebook, asking the customer to send them a direct message with an order number and email. When she told them she had sent a few direct messages, Toys R Us apologized.

“Now I can't get through to your customer service. After reading reviews and posts on their site I feel like my other item will probably not ever show up.”

He admitted there have been delays, but said the company has thrown “everything and the kitchen sink” at the problem.

“As we started to head into Black Friday we saw a very high volume online, record-breaking,” Juhasz said in a phone interview.

“We put on extra staff and an extra shift. We are now 24 hours and we’ve hired temp agencies. We hate to disappoint.”

Juhasz said that the company was checking online orders and that it has “tens of thousands going out every day.”

“They are taking too long and people are rightly asking why,” he said.

He added that Toys R Us products ship from local stores as well as a central warehouse and said the company is “really focused” on getting all outstanding orders shipped before the Christmas cut-off.

“We track very carefully how much stock is available and where it is available,” Juhasz said.

Items ordered online can also be picked up in-store, which Juhasz says typically cuts the time needed for a shipment to be ready to a “few hours.”

Toys R Us went bust in the U.S. last year, but the Canadian business continued under the new ownership of Toronto-based holding company Fairfax Financial.

There was some speculation among customers that the lack of service was a sign that Toys R Us Canada would follow the same fate as the American business.

“When you go through a very turbulent period we’ve been working very hard to get things back on track and getting things going again as a Canadian entity,” Juhasz said.

“We are not going anywhere and we are looking to open stores in 2020.”

Toys R Us has 83 stores in Canada, which will soon be 85, Juhasz said.