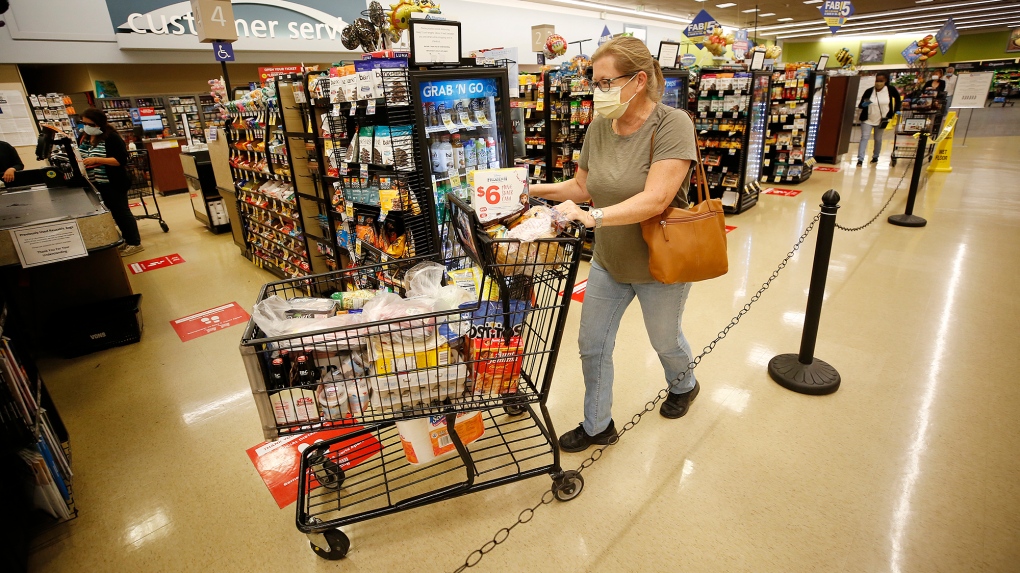 It's hard to resist the salt and sugar in the checkout lane. (Al Seib/Los Angeles Times/Getty Images/CNN)

It's happened to just about everyone who's bored in line waiting to check out at a store: You spot a candy bar, a pack of gum or a soft drink. Unable to resist, you throw it in your cart.

This scene, repeated countless times every day at grocery and convenience stores, is a textbook example of impulse buying.

Your decision to grab that gum may have been spontaneous, but the plan to entice you in the checkout lane was carefully crafted. It pays off for stores and brands, as shoppers spent US$6 billion in the checkout area at stores last year, according to market research firm IRI.

"Impulse purchasing represents a much, much larger component of consumer behavior than people realize," said James Burroughs, who studies consumer patterns at the University of Virginia's McIntire School of Commerce. "The front of the store is prime real estate to put impulse items."

But how do companies select which products to place at the checkout counter? Why do we act on our impulses at the end of our shopping trips? And are there any downsides to stores capitalizing on impulse buying?

MILK IN THE BACK. CEREAL NEAR THE FLOOR

Suddenly, shoppers could roam around stores and take whatever they wanted off the shelves, instead of asking a store clerk to fill their order. Then, when shopping carts were introduced in the 1930s and 1940s, impulse shopping really boomed.

Today, stores map out nearly every inch of their physical environment to influence shoppers' decisions. For example, the dairy case is placed way in the back of stores, forcing customers to wander and scoop up plenty of other products before they buy milk. The meat case is often over on the other side of the store to get shoppers to walk around and toss even more items into the cart.

It's no coincidence that tomato sauces are adjacent to the pastas and waffle cones are next to ice cream freezers -- a strategy known as cross-merchandising. Cereal boxes are usually near the floor at kids' eye level, which makes it easier for them to bug their parents to buy them.

"The lighting, the temperature, the organization of the shelves and aisles -- all of that has been extensively researched and refined," said Marion Nestle, a professor emerita of nutrition and food studies at New York University. "And it's purpose is to get people to buy more products."

Brands also pay "slotting fees" to the stores that play a critical role in product placement. Some of the best spots are eye-level placement on shelves, end-cap displays in the aisles and -- most prominently -- near the cash register.

Major food and beverage brands are particularly focused on getting their products placed near the checkout lane, which everyone passes through, unlike the candy and soft drink sections. (Most people seek out the candy aisle primarily on Halloween or other holidays.)

Stores put small, cheap items for quick consumption nearest the register because they're easier for customers to toss into their carts instead of, say, an eight-pack of paper towels.

"It's that final opportunity to add that extra item or two on the way out the door," said the University of Virginia's Burroughs.

There's also a reason candy comes at the end of your shopping trip and not the beginning, marketing experts say.

By the time we finish up our shopping and get to the checkout lane, we're typically pooped and have less willpower than when we walked through the door. "People are more likely to succumb to impulse if they are fatigued," said Burroughs. "You may be a little less guarded."

Because of how strong our temptations can be at checkout, there has been a growing push to force retailers to nudge customers toward healthier options.

"By rethinking checkout, retailers could support their customers' health, rather than pushing the consumption of extra -- and often unwanted -- calories from candy, soda, and other unhealthy foods and beverages," said The Center for Science in the Public Interest, a nonprofit consumer group, in a 2015 report. The organization has led the campaign to push stores to change what they sell near the register.

Top grocery chains in the United Kingdom have eliminated candy from checkout altogether. In the United States, Berkeley, California, passed a "healthy checkout" law in 2020 regulating which products can be sold near the register. Out: junk food, candy and soda. In: fresh or dried fruits, nuts, yogurt and sugar-free gum.

The regulation, the first in the U.S., requires stores to sell at least 25 square feet of healthy items within a close radius of the register.

"Berkeley's historic action will build momentum for future efforts to improve the food retail environment at the state and local level," the consumer group said.