Why AMC shares are skyrocketing again 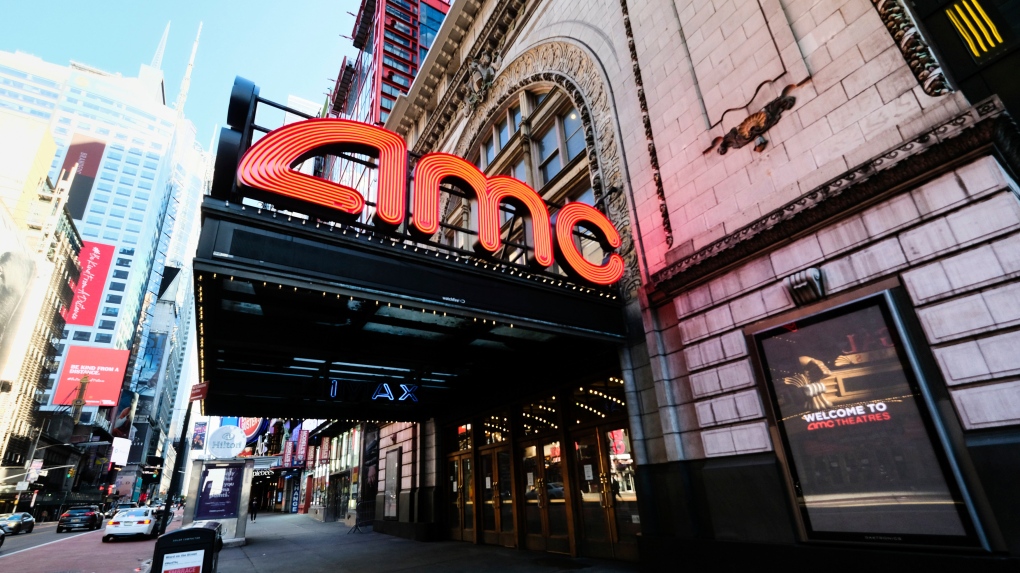 As the Reddit crowd piles in, AMC shares are soaring — and no, that's not a headline from late January.

What's happening: Shares of AMC Entertainment have shot up nearly 120% this week as amateur investors show renewed enthusiasm for the movie theater chain. They climbed 36% on Thursday alone, reaching their highest level since 2017, and are up another 12% in premarket trading Friday.

So what's happening, and should Wall Street be bracing itself for another GameStop-like saga?

Perhaps not yet, Giacomo Pierantoni, a research analyst at Vanda Securities who tracks retail investment flows, told me.

It's true that social media users are exhibiting a lot of hype for AMC, and that their excitement once again seems divorced from the stock's fundamentals. Analysts forecast that AMC's revenues will nearly double in 2021 and 2022 as theaters reopen, but the company still expects to lose money this year and next.

One reason: Speculative retail investors have been on the hunt for new places to park their money as some of the air gets let out of cryptocurrency trades. Pierantoni observed that just as selling of bitcoin and ethereum picked up, retail purchases of AMC jumped — as did the number of people buying risky but bullish call options popular among Robinhood investors.

AMC appears to be a solid target because it's seen a recent rise in short interest, Pierantoni said. Short sellers borrow shares of a stock and sell it, with the hope of buying it back at a lower price and pocketing the difference. But if the price jumps dramatically, these investors are forced to buy back in to limit their losses — further fueling a rally. This is what's known as a "short squeeze."

Investors on Reddit's WallStreetBets community used this method to pump up the price of GameStop shares earlier this year. Four months later, they appear to be taking a page out of the same playbook.

"The total net flows of retail investors overall — the figure is quite low," Pierantoni said. He suspects some older retail investors are nervous about the future and opting to remain on the sidelines, referring to recent surveys from the American Association of Individual Investors.

But he thinks retail buying could pick up before long, as traders leave crypto and start searching for the The Next Big Thing.

"Right now it's just WallStreetBets targeting AMC," Pierantoni said. "But my guess is in the next few weeks you'll see a proper rebound."

Watch this space: Vanda is keeping an eye on gaming stocks, noting a pickup in trading volume around popular video game platform Roblox. Will the sector be the next beneficiary of a frantic, cash-rich market?

BlackRock, the biggest asset manager in the world, is increasingly willing to throw its weight behind votes on climate and diversity at shareholder meetings — though activists argue the company is still being too conservative.

What's happening: This week, BlackRock made headlines when it voted for three of four new ExxonMobil directors nominated by the hedge fund Engine No. 1, which wants the oil giant to dramatically change its approach to the climate crisis. Engine No. 1 ultimately won enough support to oust at least two directors from the board.

In a report released earlier this month, BlackRock said that between January and March it voted against management on one or more proposals at 35% of shareholder meetings, compared to 30% for the same period in 2020.

BlackRock also said it supported 75% of shareholder proposals on environmental and social issues.

A caveat: Most shareholder meetings take place in the spring, so the next round of data will be crucial. BlackRock doesn't immediately disclose how it votes at every meeting.

And though the company has indicated it's more willing to vote against directors or back proposals than in the past, it still prefers to engage with corporate leaders behind the scenes.

"Engagement is our key mechanism for providing feedback or signaling concerns to companies about factors that affect long-term performance," a spokesperson told CNN Business. "We have ongoing dialogue with companies to evaluate their business practices and explain the evolution of our priorities and expectations."

"BlackRock has made big sweeping promises about its climate commitments, and has certainly increased its rhetoric on its [calls] for climate action ... but it has time and time again this shareholder season taken the easy route, supporting votes that are not fundamentally transformational when it comes to addressing the root causes of the climate crisis," Ben Cushing, financial advocacy campaign manager for the Sierra Club, told me.

He expressed disappointed that BlackRock backed Exxon CEO Darren Woods and lead independent director Kenneth Frazier, noting that accountability "has to start at the top." BlackRock said in a disclosure that it had determined from recent engagement that the executives "are prepared to internalize shareholder feedback, and lead the company ... on a more ambitious course of action."

THE LATEST COMPANY TO LAUNCH A HOT IPO MAKES SCRUBS

What happened: In a sign of strong demand, FIGS — which also makes face masks and shields — priced its IPO above its expected range and sold more stock than planned. It was the first IPO to allow Robinhood customers to buy shares at the IPO price instead of after they began trading.

Shares surged more than 35% from their initial public offering price of $22. At a price of around $30, the company is valued at nearly $6 billion.

FIGS is the latest unicorn to reap the benefits of a hot stock market as investors hunt for new places to park their money, joining the likes of ZipRecruiter, Oatly, Jessica Alba's The Honest Company and Coinbase.

But unlike many startups that have recently gone public, FIGS is profitable. The company reported net income of $58 million in 2020 and earnings of $16 million in the first quarter of 2021 as its sales and customer base more than doubled.

Big question: Can the company keep up its strong performance as more people get vaccinated against Covid-19? Co-CEO Heather Hasson thinks so.