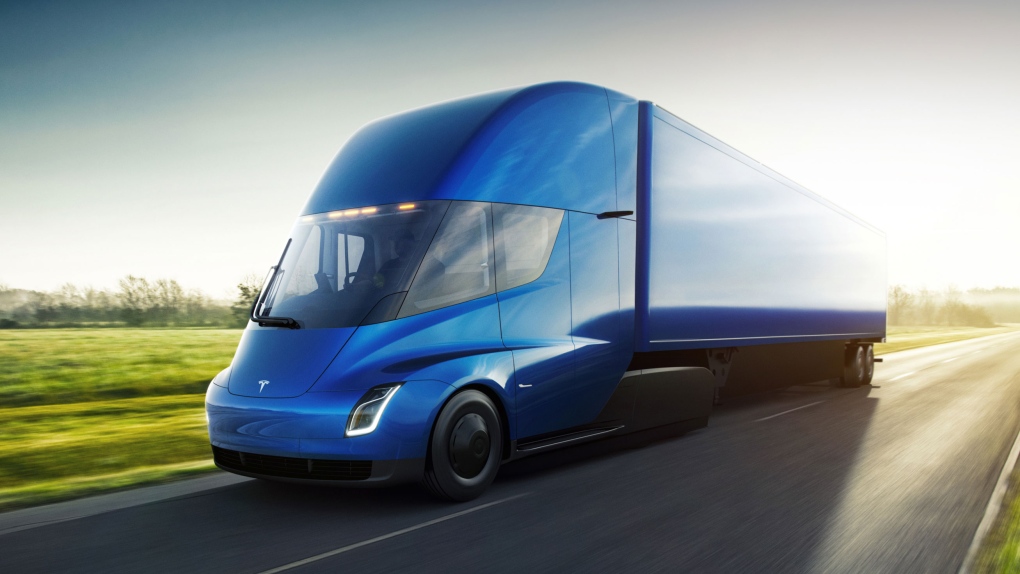 TORONTO - Walmart Canada is buying more Tesla semi trucks as it aims to reduce its carbon footprint by having its entire fleet powered by alternative energy by 2028.

The Canadian subsidiary of the U.S.-based retail giant says it will acquire 30 of the 18-wheeler semi-trucks on top of the 10 ordered last November.

The additional rigs, which hold the promise of eventually being switched to autonomous operation, will help Walmart Canada meet its initial goal of electrifying 20 per cent of its fleet by 2022.

The first 20 Tesla Semis will be used out of Mississauga, Ont.

The remaining half will operate from Walmart's distribution centre in Surrey, B.C., set to open 2022, which will be the company's first fully electric fleet base in the world.

Delivery dates for the vehicles over the next five years haven't been finalized.

"We are always looking for innovative ways to minimize our impact on the environment and lead the industry in the drive for sustainable change," stated John Bayliss, senior vice-president, logistics and supply chain.

Walmart will have one of Canada's largest Tesla Semi fleets. Other companies that pre-ordered the $232,000 electric trucks include Toronto trucking firm Fortigo Freight and Loblaw Companies Ltd.

Tesla says the semi-trucks will offer a better experience for truck drivers, increase safety and significantly reduce the cost of cargo transport.

The company says the vehicles, with a range of about 800 kilometres, will consume less than two kilowatt-hours of energy per mile at highway speed, earning 50 per cent more per mile than a regular truck.

Walmart says it will be able to convert from diesel quicker because the travel distance per charge is in line with its current fleet that consists mainly of single-day round trips.