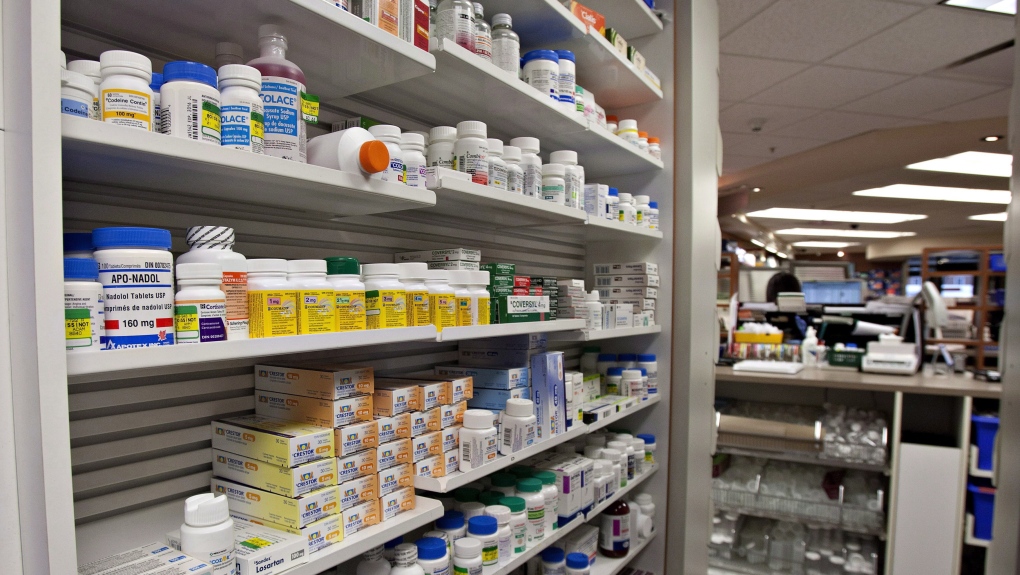 Shelves of medication are seen at a pharmacy in Quebec City, Thursday, March 8, 2012. A change affecting pharmaceuticals in the updated North American free trade agreement will mean cost savings for Canadians, but big drug companies say it could affect investment. THE CANADIAN PRESS/File

Final terms in the trade deal that the U.S. agreed to on Tuesday remove a provision that would have increased protections to 10 years around a generally more expensive category of drugs called biologics.

It means Canada, which had come under some criticism for agreeing to the previous increase, will instead keep its existing eight years of exclusivity for the drugs before generics can enter the market.

The extra years of protection would have added significant costs to the health-care system, private drug plans, and to those paying alone, said Richard Gold, a law professor at McGill University and senior fellow at the Centre for International Governance Innovation.

"Two years of extra protections at monopoly prices is a significant sum."

Canada's Parliamentary Budget Officer said in April that the extra protection would have cost at least $169 million in the first year costs would have rose, and increase from there.

While covered by patent, prices for the biologics category of drugs -- which make up about a quarter of prescribed drugs and involve larger molecules and a higher level of complexity -- are generally 60 to 75 per cent more costly than their generic counterparts, said Gold.

The premium is somewhat less than for simpler drugs because biologics are more costly and challenging to replicate in generic form, he said. Examples of biologic drugs include Humira, used to treat inflammation, and the rVSV-ZEBOV Ebola vaccine developed by Canada's public health agency.

She said a strengthened intellectual property regime could have boosted Canada's competitiveness in the life science sector, and the new agreement sends the wrong signal.

The new terms came after U.S. Democrats pushed back some big pharma protections, including the 10-year provision and other rules that help the industry increase patent life.

Jim Keon, president of the Canadian Generic Pharmaceutical Association, welcomed the news as an "important win for the Canadian health-care system and patients' access to affordable prescription medicines."

"The generic and biosimilar medicines industries are strong supporters of trade and the elimination of barriers to trade," he said in a statement.

The pharma changes were one of several categories of updates announced Tuesday that also included enforcement rules, worker protections, and environmental protections.

Mexico ratified the initial deal in June while the Canadian government has said it is waiting to ratify the agreement at the same time as the United States.