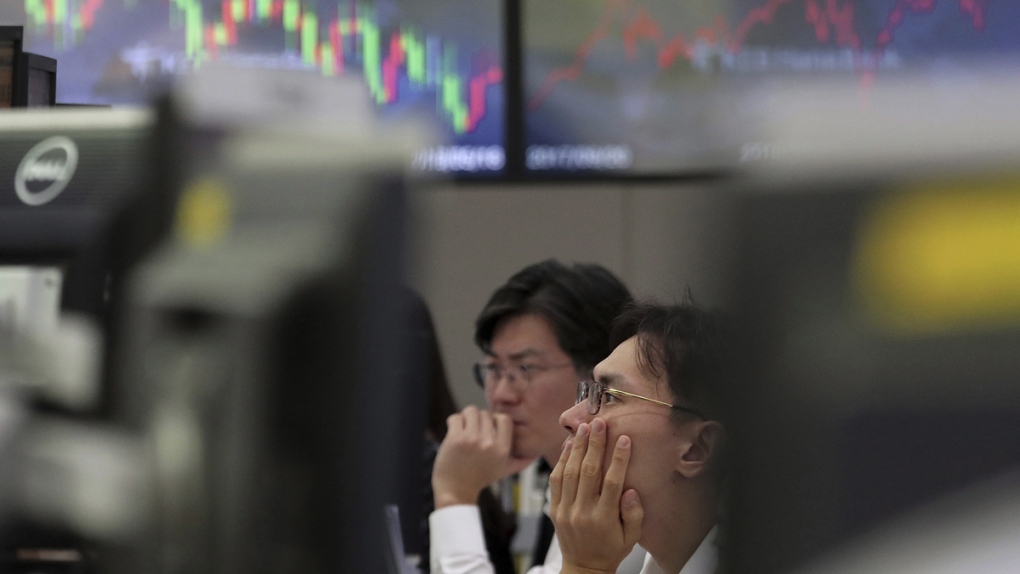 The gains were driven by a broad-based rally led by the materials sector as shares of Barrick Gold Corp. and Kinross Gold Corp. each gained more than five per cent.

Energy was one of three sectors to fall as stocks retreated from Monday's surge in crude oil prices caused by an attack on Saudi Arabia's oil facilities.

Despite the decrease, oil prices were still at the highest level in two months.

"The longer term issue is will there be a risk premium embedded in the price going forward, at least for some period of time just because of the attacks that happened in the Middle East," said Anish Chopra, managing director with Portfolio Management Corp.

The health care sector was also weaker as CannTrust Holdings Inc. lost 14.6 per cent after announcing that it received a notice of licence suspension from Health Canada, which has been investigating the cannabis company for allegedly cultivating pot in unlicensed rooms.

Chopra said investors were taking a wait-and-see approach pending the U.S. central bank's interest rate decision Wednesday. While rates are largely expected to be cut by another 25 basis points, investors will be examining the Fed's language for any hint of future rate cuts because of data pointing to a still healthy U.S. economy.

"There is a growing view that it's uncertain what they would do after tomorrow," he said in an interview.

It fell largely because of the dip in oil prices and also disappointing manufacturing sales in July.

Statistics Canada said sales fell 1.3 per cent to $57.2 billion in July as sales were down in 11 industries, representing 66.8 per cent of total manufacturing sales. Economists had expected a decline of 0.2 per cent, according to financial markets data firm Refinitiv.