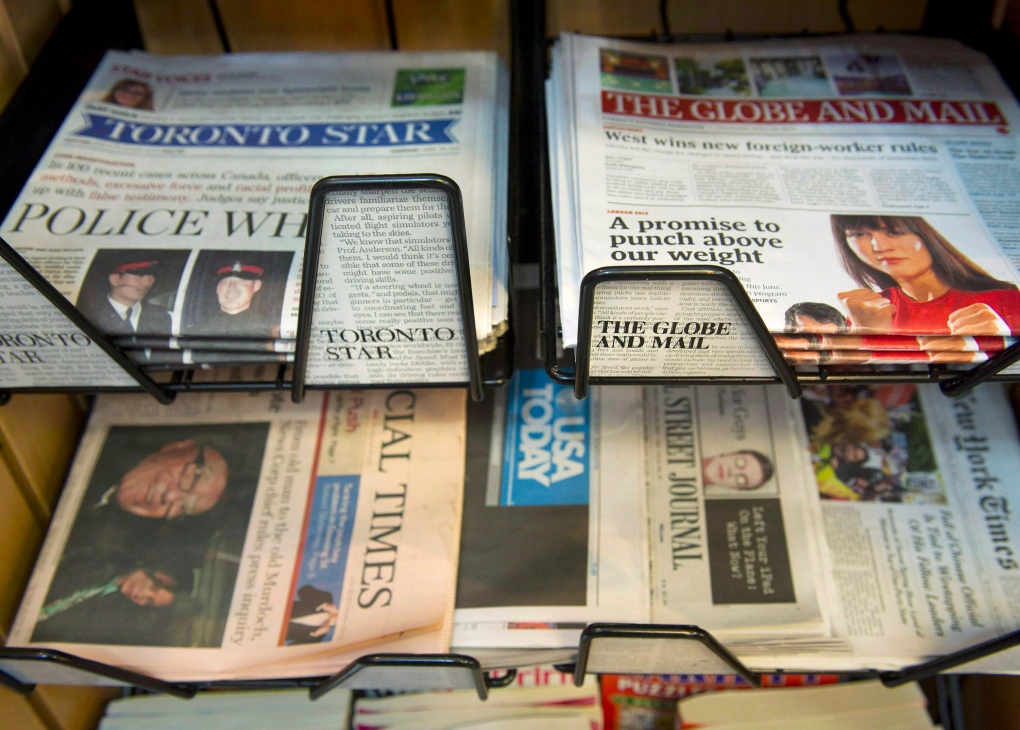 Stacks of The Globe and Mail and the Toronto Star sit in a news stand in Toronto on April 26, 2012. (The Canadian Press/Nathan Denette)

TORONTO - Torstar Corp. (TSX:TS.B) is reorganizing the advertising sales operations at the Toronto Star, Canada's largest newspaper, and moving them to an affiliated company.

It says Metro English Canada will become the point of contact for advertising placed with the Star, the Metro commuter paper and other properties in the Star Media Group.

Metro English Canada, a joint venture with a Swedish publishing company, is 90 per cent owned by Torstar and 10 per cent by Metro International SA.

Torstar says the reorganization will provide advertising customers with access to a diverse set of solutions.

The Unifor union local that represents Star employees says 80 members are slated to lose their jobs but it has 90 days to come up with an alternative plan.

"No stone will be left unturned in our efforts to save these jobs," said Paul Morse, president of Unifor Local 87-M, which represents about 2,800 media employees in Ontario at several newspapers.