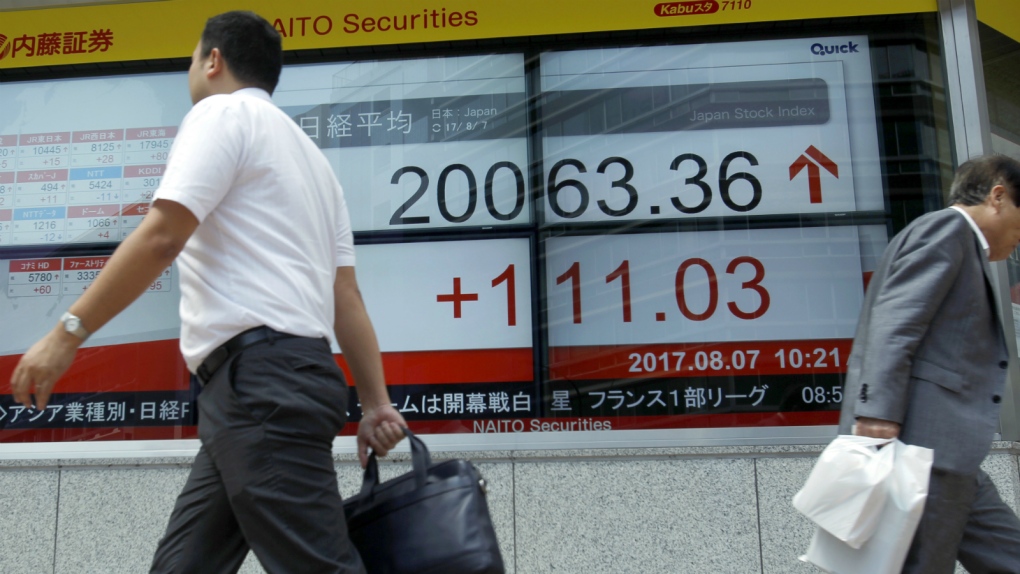 A man talks on the phone as he walks by an electronic stock board showing Japan's Nikkei 225 index in Tokyo on Monday, Aug. 7, 2017. (AP / Sherry Zheng)

TOKYO -- Global stocks mostly fell on Tuesday after disappointing Chinese trade data raised questions about the pace of growth in the world economy.

CHINA TRADE: China's trade growth weakened in July in an ominous sign for its growth and for global demand. Customs data showed growth in exports slowed to 7.2 per cent from June's 11.3 per cent. Imports rose 11 per cent, down from the previous month's 17.2 per cent. Forecasters have warned Chinese economic growth is likely to slow this year, dampening demand for foreign goods, as controls imposed on bank lending to slow a rise in debt take hold.

THE QUOTE: "The upshot is that, despite the uptick at the end of Q2, trade growth now appears to be on a downward trend. In particular, the sharp decline in import growth since the start of the year suggests that domestic demand is softening," Julian Evans-Pritchard of Capital Economics said in a commentary.