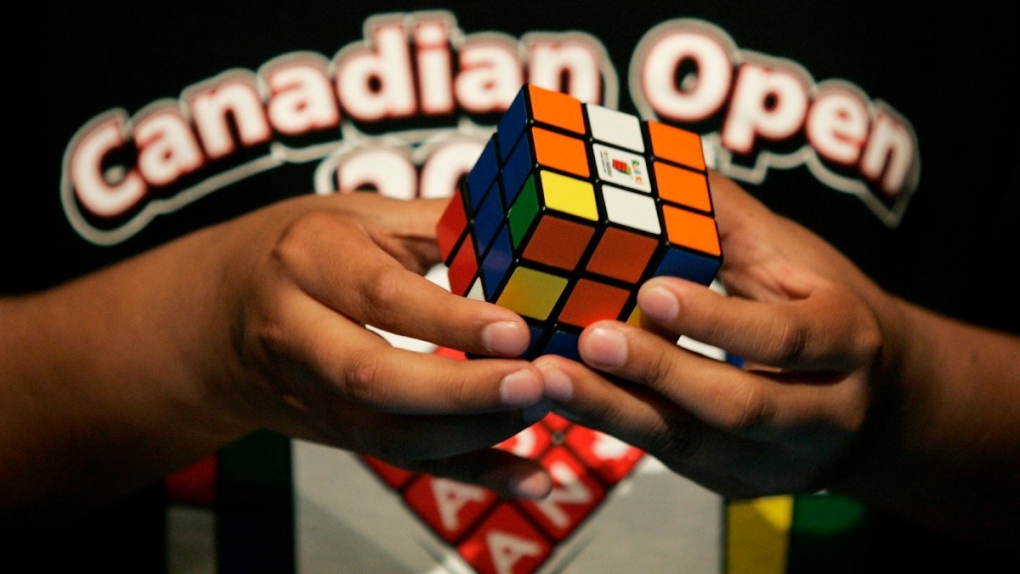 Brandon Yepez, 12, competes during the first ever Rubik's Cube Canadian Open in Toronto, on May 19, 2007. (Nathan Denette / CP)

TORONTO -- Canadian toymaker Spin Master Corp. is taking Rubik's Cube for another spin around the block.

Hungarian puzzle enthusiast and teacher Erno Rubik invented the multi-coloured cube in 1974 and the toy became a commercial success after it launched globally in 1980.

"The Rubik's Cube is an iconic puzzle that has permeated pop culture and captivated fans for more than 40 years," Spin-Master vice-president Elizabeth LoVecchio said in a statement.

Erno Rubik said in the statement that he's excited that Spin Master will "fulfill my vision of nurturing smarter, future generations through play."

According to "Cubed: The Puzzle of Us All," a book published in 2018, Rubik says the cube has attracted more attention than he ever imagined.

"It is a curious fact -- one that suprises me as much as anyone -- that for so many decades during a time of an unprecedented technological revolution, fascination with such a simple low-tech object has survived," Rubik writes.

For those who haven't seen or touched a Rubik's Cube, it can be described as a cube made up of smaller cubes -- that rotate around a central core..

The challenge is to give the cubes a spin and then try to get them back to their original configuration -- a surprisingly difficult thing to do given the number of possible configurations.

Spin-Master -- which generated US$1.58 billion in revenue for the year ended Dec. 31, 2019 -- reports its third-quarter results on