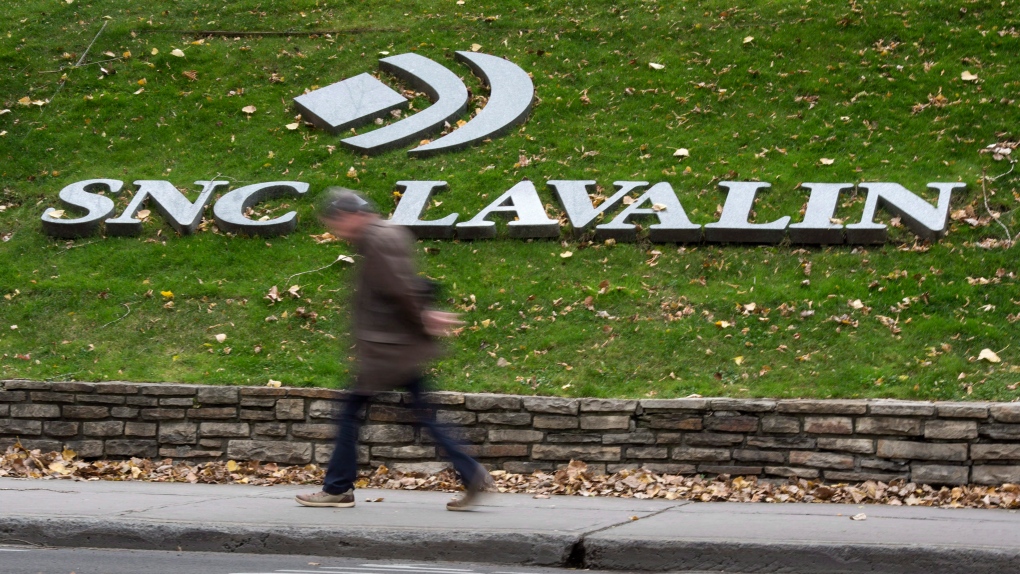 A man walks past the headquarters of SNC-Lavalin in Montreal on Nov. 6, 2014. (THE CANADIAN PRESS/Paul Chiasson)

MONTREAL -- A Quebec oversight body has blacklisted four subsidiaries of SNC-Lavalin Group Inc. from bidding on public contracts in the province for five years.

The ban by the Autorite des marches publics was triggered after the engineering giant's construction subsidiary pleaded guilty in December to one count of fraud in connection with business dealings in Libya.

The plea deal with federal prosecutors included a $280-million fine and capped off a scandal that tarnished the Montreal-based company's reputation and ensnared the highest office of the Canadian government. It also freed SNC-Lavalin from the damaging prospect of a ban on federal contract bidding.

Under Quebec's Anti-Corruption Act, however, a fraud conviction automatically results in a five-year banishment from bids in the public realm.

SNC-Lavalin suggested the company's shift away from large construction contracts toward its engineering roots minimizes the potential damage of a bidding ban.

"While it is possible that the guilty plea by the subsidiary may present risks in the near-term, the company believes these risks will be manageable and does not anticipate that the plea will have any long-term material adverse impact on the company's overall business," spokesman Nicolas Ryan said in an email.

Barred from public procurement bids until January 2025, the four subsidiaries are SNC-Lavalin Exploitation as well as SNC's Quebec, Ontario and Atlantic construction divisions.

"There is no impact to the company as the entities have not been used since 2015. SNC can bid and win contracts via its other entities," she said in an email.

"Their competitors around the world will go to customers and say that even their own province doesn't trust them," Moore said in a phone interview.

"I think we're shooting ourselves in the foot with this."

Nearly one-third of SNC-Lavalin's $9.3 billion in revenues in 2017 came from Canada, down from roughly 60 per cent of revenue in 2014. Analysts estimate that up to one-half of home-turf revenues stem from federal contracts, and a smaller portion courtesy of Quebec.

The public procurement authority added the SNC subsidiaries to its rolls of ineligible companies Wednesday.

Established in 2018, the blacklist aims to "prevent, combat and punish certain fraudulent practices in the construction industry," according to the oversight body.