Sephora to fight again racial bias with an action plan 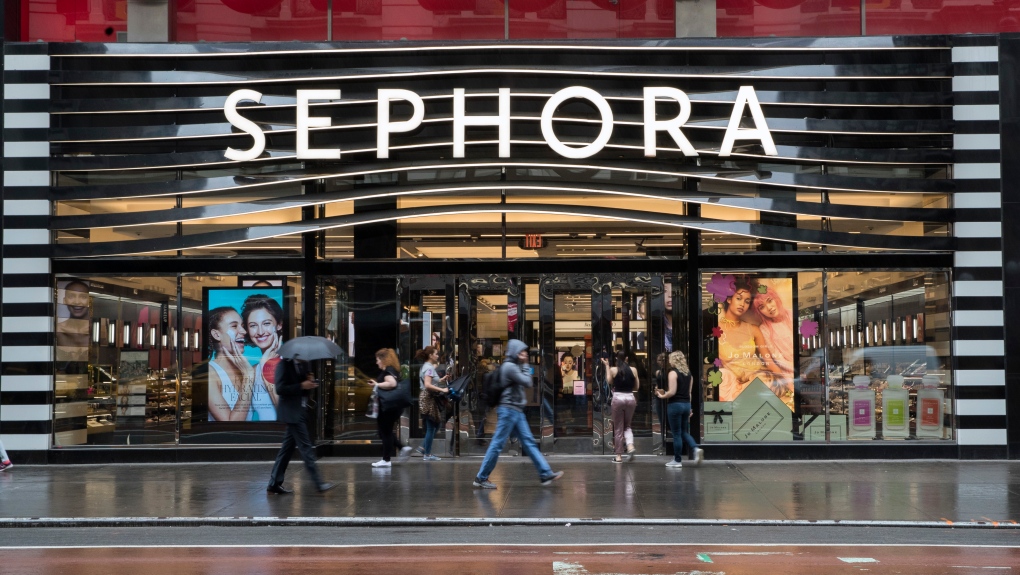 In this Wednesday, May 16, 2018, file photo, pedestrians walk past a Sephora and Footlocker store in New York. Global beauty retailer Sephora plans to increase diversity in its product offerings and offer more inclusive marketing as part of a wide-reaching plan to combat racially biased shopping experiences and unfair treatment for customers. The plan follows the results of a study that ended in late 2020 commissioned by Sephora that took an in-depth look at racial bias in the U.S. retail shopping experience. (AP Photo/Mary Altaffer, File)

NEW YORK -- Beauty products retailer Sephora said Wednesday that it will bolster the number of Black-owned brands, scale back on third-party security guards and offer more inclusive marketing as part of a plan to combat racial bias at its stores.

The company revealed its plan as it released findings of a study it commissioned that took an in-depth look at racial bias in the U.S. retail shopping experience.

The study, based on a combination of employee and shopper surveys and academic research, began in the fall of 2019 and ended in late 2020. It found that two in five U.S. retail shoppers have personally experienced unfair treatment on the basis of their race or skin tone. It also found that Black shoppers are more likely than white shoppers to receive unfair treatment based on their skin colour.

The issue of racial bias has taken on more importance for companies in the wake of nationwide protests over police brutality last summer after the death of George Floyd in Minneapolis.

As part of the plan, Sephora, a division of LVMH Moet Hennessy Louis Vuitton SE, plans to double the assortment of Black-owned brands to 16 by the end of the year. It will also prominently feature and advertise Black-owned brands through a dedicated tab on the Sephora website. It also plans to roll out a new greeting system for shoppers across all stores to ensure a more consistent experience.

Among other changes: Sephora will also reduce the presence of third-party security officers at its 500 U.S. stores and use more in-house specialists as a way to minimize shoppers' concerns about policing.

"We know we are in a strong position to influence positive changes in the retail industry and society at large and it's our responsibility to step up," said Jean-Andre Rougeot, president and CEO of Sephora Americas, in a statement.