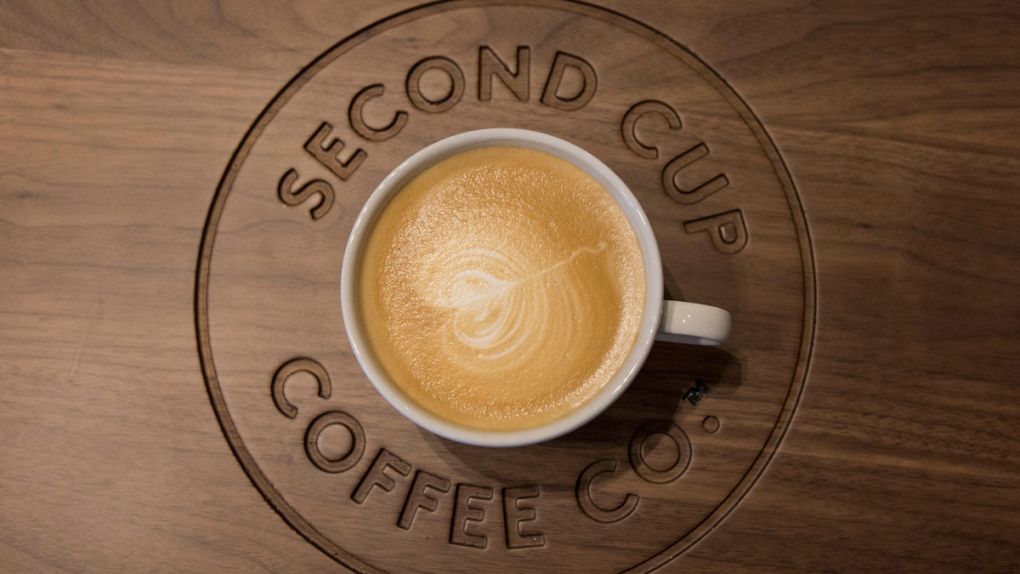 A detail shot of a flat white coffee at a Second Cup Coffee outlet in Toronto on Thursday, December 4, 2014. (THE CANADIAN PRESS / Chris Young)

MISSISSAUGA, Ont. -- The Second Cup Ltd. intends to change its name to Aegis Brands Inc. as part of a plan to diversify beyond coffee shops.

The Toronto-area company says the name change is subject to approvals from shareholders and the Toronto Stock Exchange, where its shares are listed.

Steven Pelton, who has been Second Cup's president and CEO since May, will be chief executive of Aegis Brands.

Aegis will own and operate the existing Second Cup Coffee Co. as one of a portfolio of brands.

The company says it's also seeking acquisitions in the foodservice, coffee and cannabis sectors.

The name change was announced as Second Cup reported a third-quarter loss as sales at its cafes fell from the same time last year.

The adjusted loss excluded a reduction in the value of Second Cup's investment in National Access Cannabis warrants.

This report by The Canadian Press was first published Nov. 8, 2019