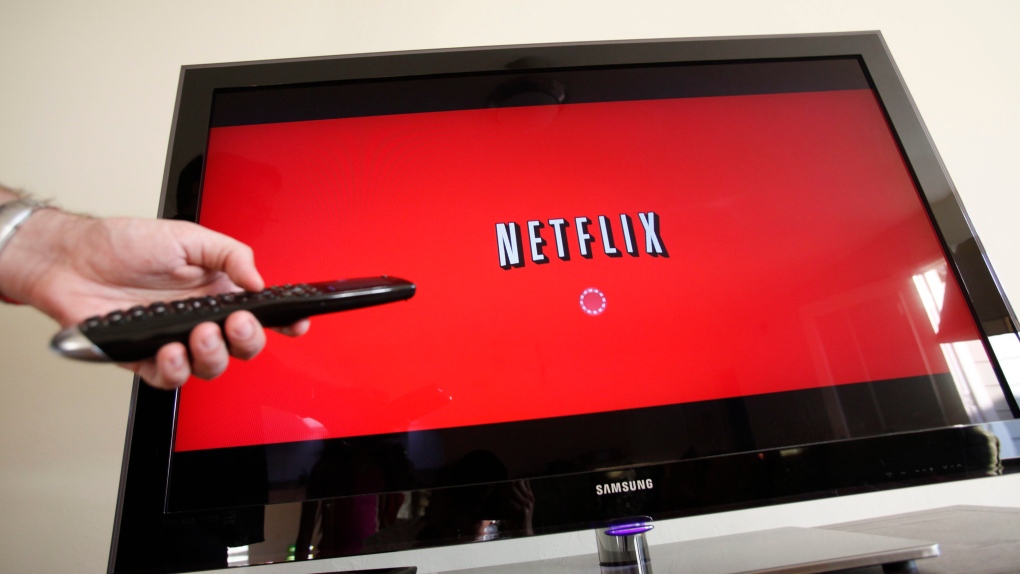 SAN FRANCISCO -- Netflix's video streaming service suffered a dramatic slowdown in growth during its traditionally sluggish spring season, a drop-off coming as the company boosts its prices and girds for even stiffer competition.

The service picked up 2.7 million worldwide subscribers for the April-June period. That's far below Netflix's forecast of 5 million subscribers. The second-quarter letdown announced Wednesday comes after Netflix attracted nearly 10 million subscribers during the first three months of the year , more than any other quarter since the debut of its video streaming service 12 years ago.

The slowdown rattled investors already wondering how Netflix might fare against a new wave of competition coming this fall when both Walt Disney Co. and Apple plan to launch their own video streaming services.

After the second-quarter numbers came out, Netflix's stock plunged 12% in extending trading. If that sell-off is replicated in Thursday's regular trading session, it will be the largest decline in Netflix's stock price in three years and wipe out $18 billion in shareholder wealth.

Netflix ended June with 151.6 million worldwide subscribers, far more than a current crop of video streaming rivals that includes as Amazon and Hulu.

Signalling it expects to regain some momentum this summer, the company projected it will add 7 million subscribers from July through September. The optimism stems in part from the immense popularity of "Stranger Things," whose third season attracted record viewership after its July 4 release.

But the battle for viewers' attention and dollars is about to get much tougher. Besides the Disney and Apple, AT&T will also join the fray next year with HBO Max and NBC is expanding into video streaming, too.

"I think our position is excellent," Netflix CEO Reed Hastings said during a Wednesday webcast. "We're building amazing capacity for content. Our product has never been in better shape."

Netflix traced the second-quarter's slow subscriber growth primarily to a recent round of prices increase, including hikes of 13% to 18% in its biggest market, in the U.S. That pushed the price of its most popular U.S. plan to $13 per month, testing the bounds of how much some consumers are willing to pay for a service that started out at $8 per month for the same level of service. Disney is already planning to undercut Netflix by charging just $7 per month for its new service .

Some U.S. households decided Netflix is no longer worth it at the higher price, causing the company to end June with 120,000 fewer subscribers in the country than it had at the end of March. Hastings brushed off the disappointing second quarter as an aberration and predicted Netflix's subscriber growth this year will surpass the 28.6 million customers who were added last year.

But the increasingly crowded video streaming field has led to questions whether Netflix will be able to maintain the rapid rate of subscriber growth that has made its stock as one of Wall Street's premier performers during the past decade.

Netflix also needs more customers to help cover the costs of all the exclusive TV series and movies that it keeps adding to its line-up to stand out for the rest of the crowd. The Los Gatos, California, company so far has been borrowing heavily to finance a highly acclaimed slate of programming that garnered 117 Emmy nominations, second only to HBO's 137 nominations among all networks.

Selling ads would help Netflix bring in more revenue, but the company's management on Wednesday reiterated the service will continue to remain commercial free.

Part of that outgoing money will go toward the development of more original shows to replace some of the programming that it has been licensing from Disney, AT&T and NBC, all of which are reclaiming the rights for their own streaming services. The losses include "Friends" and "The Office," long-defunct series that still remain among the most-watched shows on Netflix.

But Netflix still posts profits due to the way entertainment companies are allowed to account for their programming costs. In the most recent quarter, Netflix earned nearly $271 million, a 30% drop from the same time last year. Revenue climbed 26% from last year to $4.9 billion.