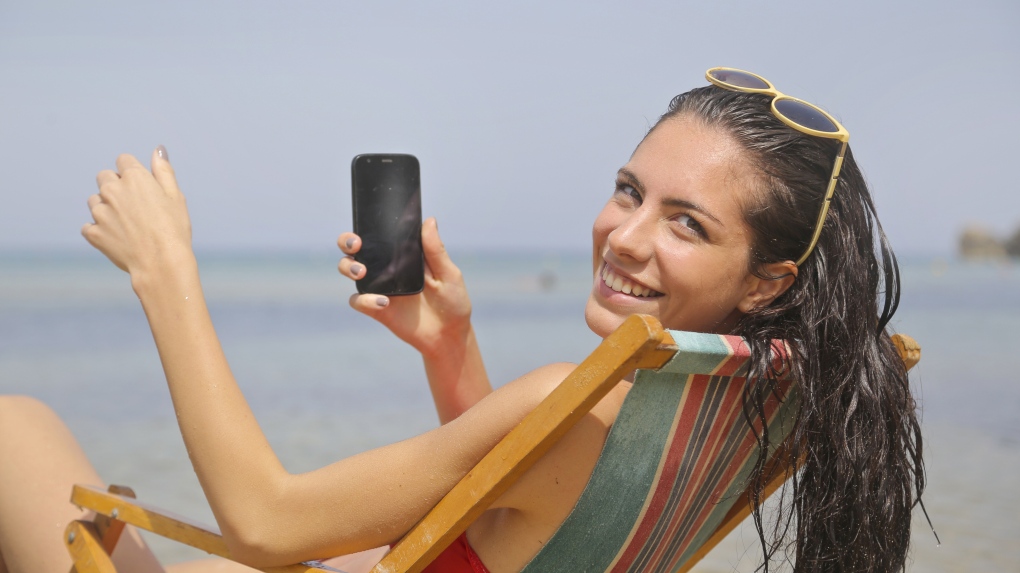 People across Canada are increasingly trying to manage some of their workload from a cottage or vacation property, according to real estate agents. (Bruce Mars / Pexels)

MONTREAL -- The telecommuting revolution envisioned by futurists, in which vast numbers of workers eschew their daily commute in favour of working remotely from home, never quite turned out as predicted.

However, a growing number of Canadians are taking the term "working remotely" literally, leaving the hustle and bustle of city life behind to work from their cottage or winter home down south, says a real estate expert.

"To the extent that that expands further, I think it will further enable the larger trend of working from places that you like," said Brad Henderson, president and CEO of Sotheby's International.

For many, that means avoiding the summer commute to cottage country.

"My place of pleasure is in Naples, Fla., not even in my country," he said in an interview.

It is especially suited for consultants and senior executives with the flexibility to work remotely from anywhere with little need to visit a corporate office, said Henderson.

Many are choosing to take their profits from selling their home in the city and relocating to a property near a lake while perhaps maintaining a condo in the city.

He's seen interest across the country from Montrealers relocating to the Laurentians or Eastern Townships, Torontonians heading to Muskoka, Collingwood and the Kawarthas and western Canadians choosing Banff, Canmore, Whistler and Kelowna.

When Vancouver home prices were especially crazy, Henderson said there was a trend of people selling and moving to Victoria.

"They could telecommute for most of what they needed and if they really needed to be in Vancouver, it's a half an hour helicopter ride from harbour to harbour."

Chris Van Lierop and his husband and business partner, Tim Wisener, took it a step further by relocating their home and design business to Fenelon Falls in Ontario's Kawartha Lakes area.

They made the move last September after constantly prolonging the time they spent at the cottage.

"Eventually we just decided that we think we can make a go of our business up here and why not just stay at the cottage," he said.

Internet service can be a challenge when they visit clients in areas where signals are harder to come by.

It's the number one issue people ask about when planning to work from a cottage, says Jim Pine, chief administrative officer of Hastings County and co-lead on the non-profit Eastern Ontario Regional Network.

The network has spent $175 million to upgrade service in Eastern Ontario and is working on further changes to reach more homes and improve access and speeds.

"There's still areas where there are challenges for people to either get a line of sight signal even on satellite. When you've got trees and stuff in the way, it makes it a bit of a challenge."

Enticing people to conduct their business from the cottage is a way to ensure more services are available in rural areas by increasing tax revenues, said Denise Williams, acting manager of economic development for the city of Kawartha Lakes.

"There's a ton of small businesses in rural Ontario that have no transition plan and no succession plan and many of them are in the sunsetting kind of phase and that's got to be worrisome to everyone who's concerned about the rural economy across Canada," he said.

The federation recently sponsored a survey that found that 28 per cent of respondents currently work from their waterfront communities. Nine per cent work remotely full-time and 70 per cent do so occasionally.

Of those who don't work from their waterfront communities, 37.5 per cent would consider doing so.

The three largest barriers they identified were access and cost of internet service, distance to clients and the lack of social infrastructure.

About one million of Canada's 12.6 million households owns a second home.

Statistics Canada doesn't track the number of people working from their cottages, but the share of non-farming Canadians working at home has remain unchanged since 1996 at just over six per cent.

Realtor Dean Michel moved with his young family to a family owned cottage because he was tired of the "Toronto rat race."

Michel said moving to the tranquility of the cottage is part of a societal shift for those near retirees or retirees.