Is the Priv smartphone a hit? BlackBerry says it's too early to tell 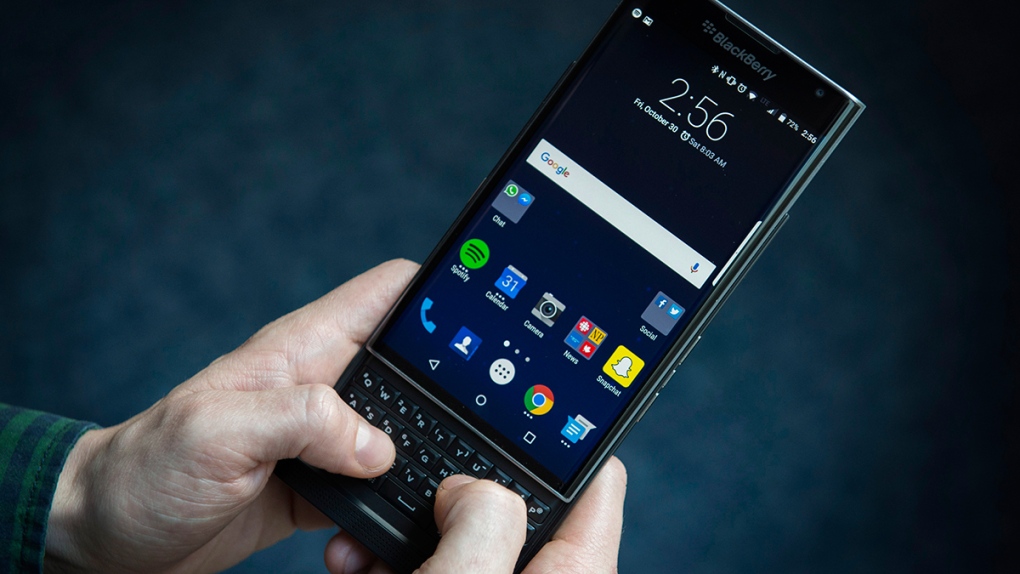 WATERLOO, Ont. -- BlackBerry is getting a financial boost from its growing software division, but the smartphone company says it's still to early to deem its latest Priv phone either a sales success or a disappointment.

With about a month of sales for the new device under its belt, BlackBerry was vague Friday in its third-quarter results about how its first Android smartphone has performed so far in the marketplace.

He settled with saying Priv sales have been "quite positive."

Shares of BlackBerry jumped more than 10 per cent on Friday -- rising $1.14 to $12.03 on the Toronto Stock Exchange -- as investors responded favourably to the company's latest quarterly results.

Overall revenue came in above expectations and losses were far less than analysts had anticipated.

The international reception of the Priv will be closely watched in the coming weeks as BlackBerry prepares to launch it on a global scale.

After being available in only four countries during the third quarter ended Nov. 28, the phone's distribution will spike to 31 countries by the end of February when the company's fourth quarter ends.

BlackBerry is in the midst of a transition period where its software business has taken priority over designing phones. Sales of the Priv are considered an important metric in determining whether there's any hope in making future hardware.

Chen expects the handset division will become profitable again within the next two quarters, one of his key objectives since joining the company in late 2013, which suggests BlackBerry will stick with phones.

Even with the signs pointing to a future in hardware, Chen is reluctant to fully commit until he sees international sales figures.

"The next three months will tell us a lot," he said in a conversation with reporters at the company's headquarters in Waterloo, Ont.

The lack of Priv sales figures prevents investors from getting a clear picture of how many people bought the phone in its early days.

Chen said those numbers would be "misleading" because it took time to get the devices into stores.

However, BlackBerry did provide some insight through its usual tally of overall device sales, which include the Passport and other older models that use the company's own operating system.

About 700,000 devices were sold, which is a steep decline from 1.9 million at the same time last year and also down from 800,000 in the second quarter of this year. But the average sales price jumped to $315 from $240, suggesting a large quantity of sales came from more expensive Priv phones.

The Priv is also appealing to a different segment of the market than other recent BlackBerry phones, Chen said. In particular, the Priv is selling especially well with young professional women.

"I think it's more of a form factor situation," he said, noting that with its older Passport model "almost every customer is male."

In the third quarter, BlackBerry reported a net loss of US$89 million or 17 cents per share under standard accounting rules.

After adjustments, BlackBerry lost US$15 million or three cents per share -- far less than analyst expectations of a loss of 14 cents per share, according to Thomson Reuters.

Revenue was US$557 million, a slight improvement from $548 million a year ago and about $64 million more than analyst predictions.

Within its divisions, the shift away from an emphasis on phone sales continued.

Software and services revenue more than doubled to $154 million from $57 million a year ago, driven by the recent acquisition of Good Technology Corp.

Hardware revenues, which account for device sales, dropped to $214 million from $361 million a year ago.

Chen teased analysts with the possibility of new software for self-driving vehicles. He said more details will be revealed at the Consumer Electronics Show in Las Vegas next month.