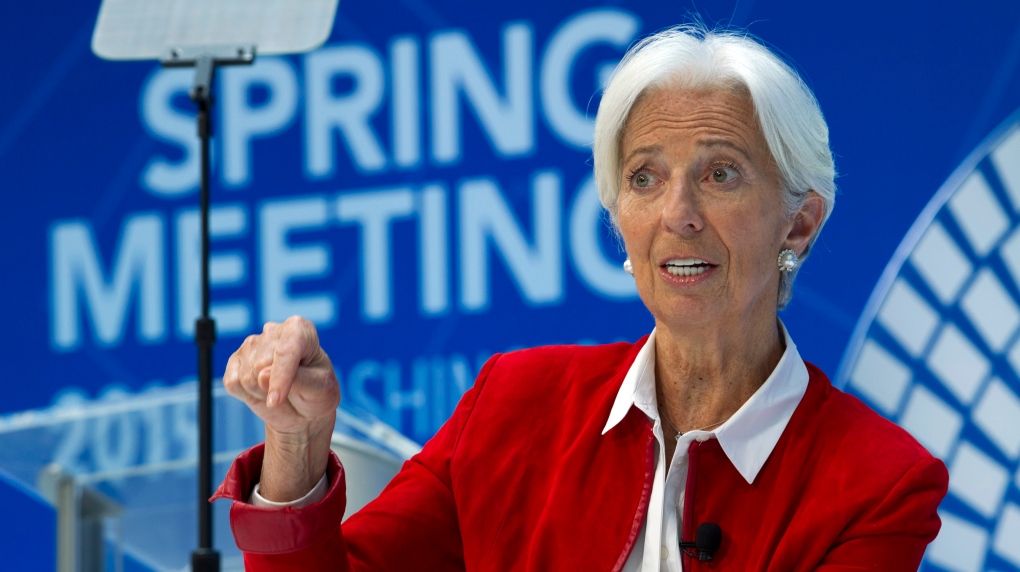 WASHINGTON -- With global growth slowing and many countries struggling with high debts, now is not the time for the "self-inflicted" economic wound of trade wars, the head of the International Monetary Fund is warning.

"The key is to avoid the wrong policies, and this is especially the case for trade," IMF Managing Director Christine Lagarde said Thursday at a news conference at the opening of spring meetings of the IMF and its sister lending organization, the World Bank. "We need to avoid self-inflicted wounds, including tariffs and other barriers."

A key guideline for policymakers at this "delicate" time, she said, should be: "Do no harm."

Lagarde didn't specifically mention a year-long standoff between the United States and China, but she didn't have to: The world's two biggest economies have slapped tariffs on $350 billion worth of each other's products in the biggest trade war since the 1930s.

They are fighting over Beijing's drive to challenge American technological dominance -- an effort the U.S. says involves stealing technology and coercing U.S. companies into handing over trade secrets in exchange for access to the Chinese market.

The IMF this week downgraded its forecast for growth this year in the United States, Europe, Japan and the world overall. The fund's economists expect global growth to decelerate from 3.6% last year to 3.3% in 2019 -- tied with 2016 as the weakest performance since the recession year 2009.

World trade is expected to expand just 3.4%, -- a sharp slowdown from the 4% the IMF had expected when its previous forecast in January and down from 3.8% trade growth in 2018.

Paul Sheard, senior fellow at the Mossavar-Rahmani Center for Business and Government at Harvard University's Kennedy School, said the biggest worry isn't the current health of the global economy. It's the fear that world central banks won't be able to respond effectively if conditions deteriorate. That's because interest rates around the world are already so low there isn't much room to cut them to give growth a jolt.

"Every policymakers' nightmare is what would happen if the global economy went into a downturn soon," said Sheard, who is attending the meetings.

Despite the gathering gloom, Lagarde noted that financial markets have rallied this year on optimism over "man-made solutions" to the global economy's ailments. For one thing, the Federal Reserve has stopped raising U.S. interest rates, after four hikes in 2018, to give the U.S. economy time to gain strength.

For another, there is growing optimism that the Washington and Beijing will settle their trade differences. In fact, China said Thursday that talks are "moving forward" after nine rounds of negotiations.