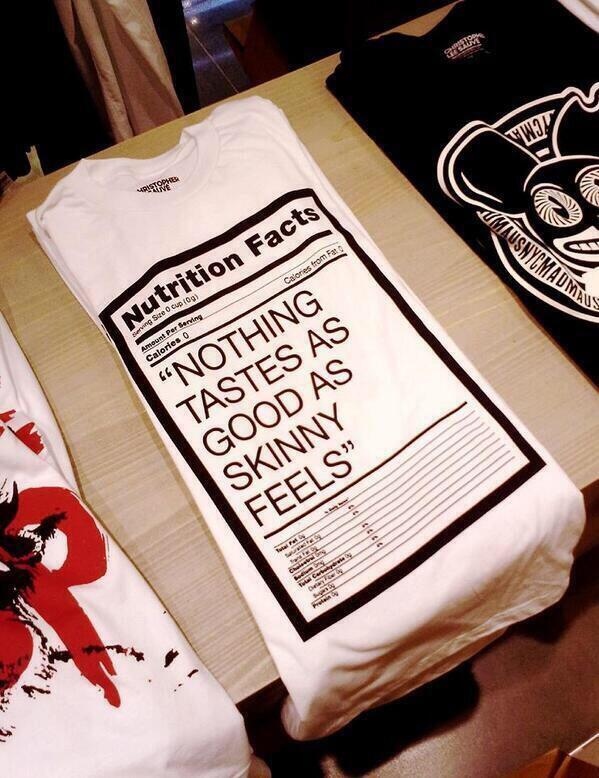 The Hudson's Bay Company is getting bad reviews on Twitter over a T-shirt that critics say promotes eating disorders. The white T-shirt depicts a mock food nutrition label and reads: "Nothing tastes as good as skinny feels." It was spotted at an HBC store in Toronto.