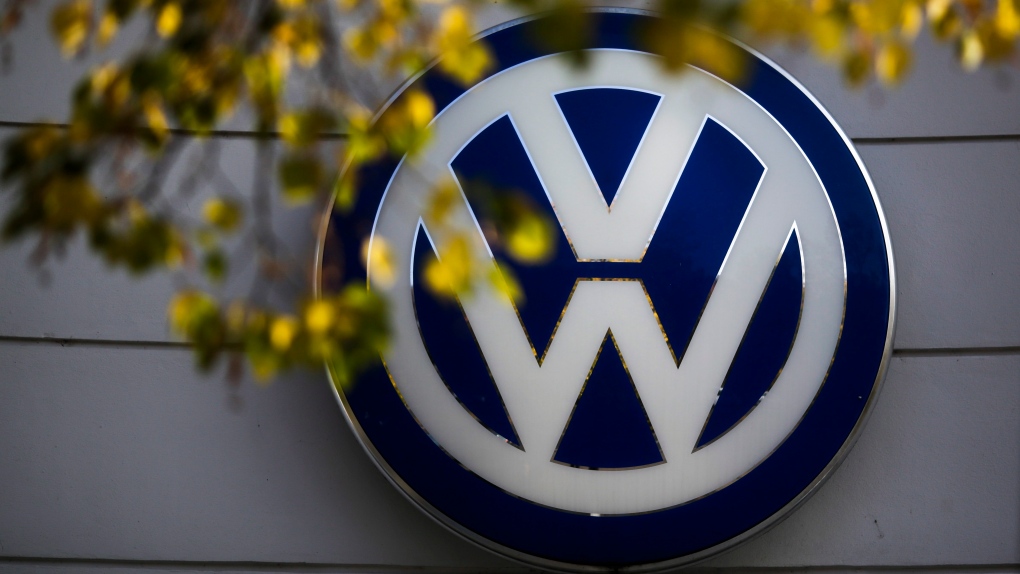 In this Oct. 5, 2015 file photo the VW sign of Germany's car company Volkswagen is displayed at the building of a company's retailer in, Berlin, Germany. (AP Photo/Markus Schreiber, File)

Environment and Climate Change Canada announced the company had been charged with 60 violations under the Canadian Environmental Protection Act. All but two of the charges related to the 128,000 vehicles imported into Canada between 2008 and 2015 that had illegal emissions.

The other two charges are for providing false information.

Canada's case against Volkswagen comes more than four years after the company admitted to installing software on 11 million cars worldwide to trick emissions-testing equipment into concluding the cars ran more cleanly than they actually did.

The company issued a statement saying it has co-operated fully with Canadian investigators and that a deal is prepared ahead of the company's first court appearance in Toronto on Friday.

Environment Canada officials published notice of the charges Monday, but said they won't comment further because the matter is before the courts.

Environment Canada's investigation, launched in September 2015, was repeatedly criticized by environmental experts and lawyers for taking too long.

The company pleaded guilty in U.S. court in 2017 for violating American laws and was fined $4.3 billion. In 2018, German prosecutors fined the company one-billion euros for the emissions cheating case, which some dubbed "dieselgate" because it involved Volkswagen's diesel engines.

Several Volkswagen executives and managers involved in the deception were charged in the U.S. and Germany, and some have already been sent to prison.

In total, the elaborate scheme has cost the company more than US$30 billion in legal fines and civic lawsuits as well as compensation to customers who returned the affected cars for refunds or exchanges.

The culprit software, known as a defeat device, is illegal under Canadian law.

Most cars are tested for emissions in labs and the software allowed vehicles to produce lower emissions while in testing mode than when driven normally. The emissions were allegedly 35 times above Canadian legal limits.

Muhannad Malas, toxics program manager at Canadian advocacy group Environmental Defence, said it is frustrating how long the charges took, but is pleased to see them nonetheless.

Canadian law allows for fines of up to $1 million for each day an offence continues, but Malas hopes whatever agreement is reached has the right effect.

"The levy or the fines collected have to respond to the massive scale of this environmental crime," he said.

A 2016 Health Canada study estimated 320 Canadians died prematurely in 2015 because of illnesses related to inhaling diesel exhaust from on-road vehicles. The number of premature deaths more than doubled to 710 when combining on-road and off-road sources of diesel emissions, such as diesel burned for electricity.

Nitrous oxide, ozone and small particulate matter are the main causes of cancers, and respiratory illnesses bronchitis and asthma.