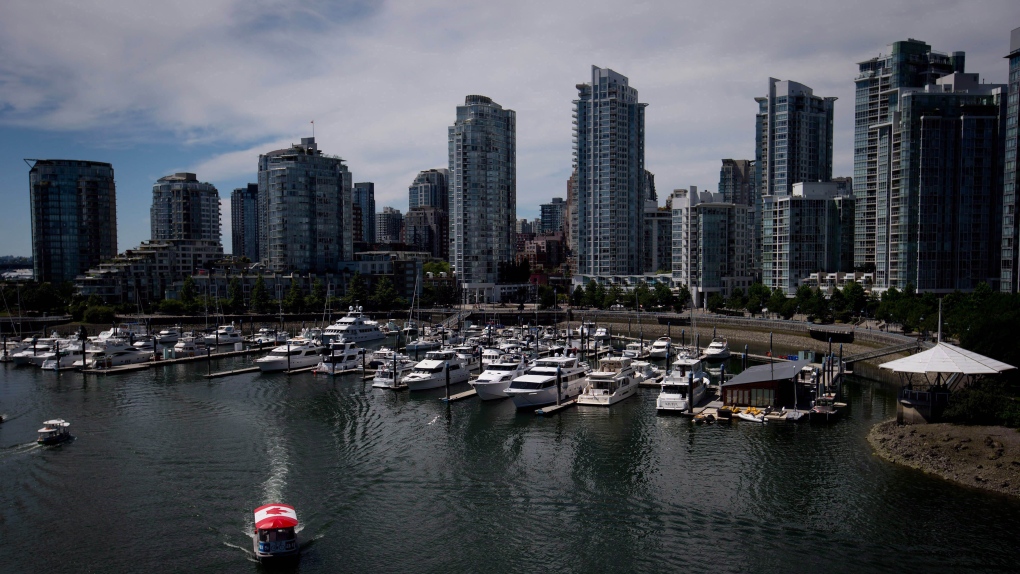 A water taxi decorated with a Canadian flag on the roof travels on False Creek as boats are moored in a marina near Yaletown condo towers in Vancouver, B.C., on July 13, 2014. (THE CANADIAN PRESS/Darryl Dyck)

OTTAWA -- The federal government wants the Canada Mortgage and Housing Corporation to come up with ways to keep housing prices affordable in the country's hottest markets.

The details of the assignment are outlined in a letter from Social Development Minister Jean-Yves Duclos to CMHC president Evan Siddall.

The letter says the federal government wants to know what it can do to "intervene quickly" in places like Vancouver, Toronto and Montreal to curb "rapid and recurring" increases in housing prices over the last six years.

Duclos' letter leaves the door open for other cities to be added to the study.

The Bank of Canada has warned that housing prices in Vancouver and Toronto are rising at an unsustainable pace that is beyond local economic fundamentals.