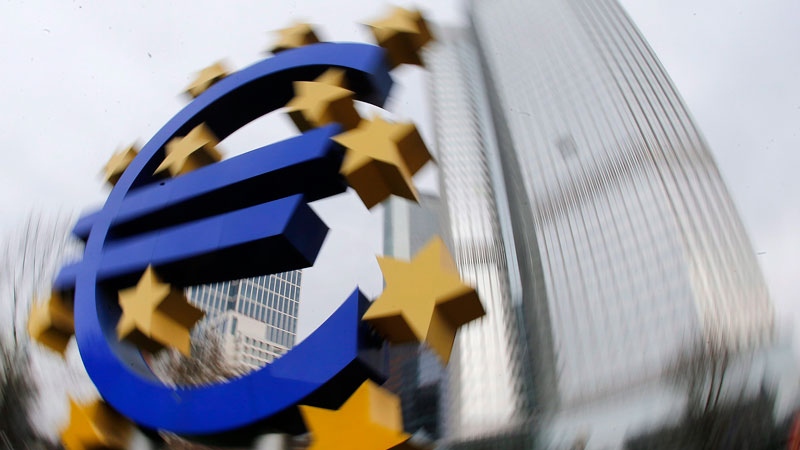 In this picture taken while turning the camera the Euro sculpture stands in front of the European Central Bank in Frankfurt, Germany, Tuesday, March 18, 2014. (AP / Michael Probst)

BRUSSELS -- Official figures show that inflation across the 19-country eurozone rose in November but remains way below the level that the European Central Bank and its new president, Christine Lagarde, would like it to be.

Statistics agency Eurostat said Friday that consumer prices were up 1% in the year to November. That's up from the previous month's rate of 0.7% and ahead of market expectations for a more modest increase to 0.9%.

Eurostat said that was due to higher food, alcohol and tobacco costs.

Stripping out those items, as well as energy costs, the so-called core inflation rate also increased, to 1.3% from 1.1%. That suggests underlying inflation partly related to wage increases may be firming.

Still, inflation, by whatever measure, is below the ECB's aim of near 2%.