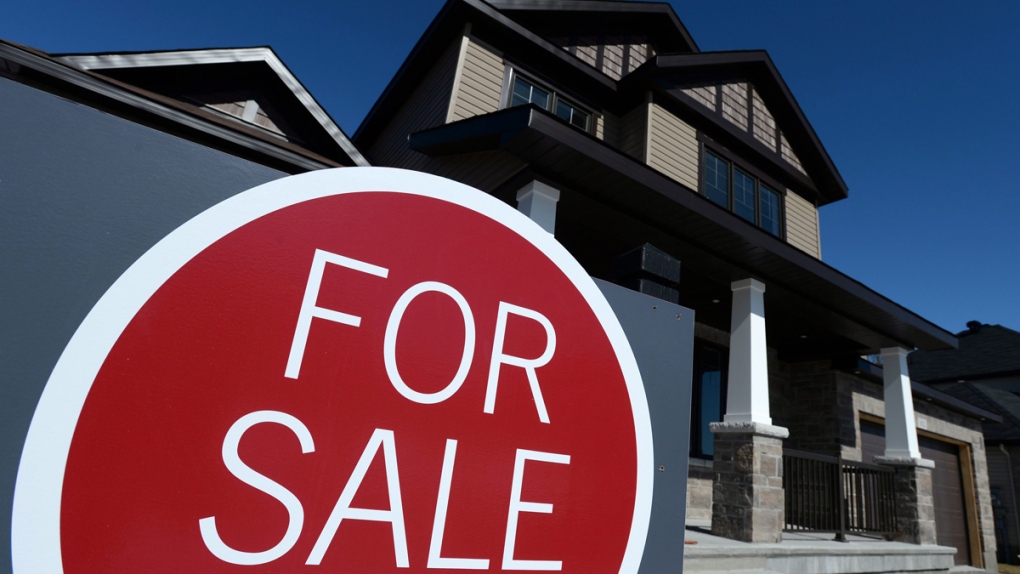 A sign advertises a new home for sale in Carleton Place, Ont. on March 17, 2015. (THE CANADIAN PRESS / Sean Kilpatrick)

OTTAWA -- The number of Canadian homes sold last month set a record for the month of September and the national average price soared 17.5 per cent from last year., according to a report Thursday.

There were 45.6 per cent more sales compared with September 2019, the Canadian Real Estate Association said. Compared with August, CREA said home sales were up 0.9 per cent on a seasonally adjusted basis.

"Many Canadian housing markets are continuing to see historically strong levels of activity as we enter into the fall market of this very strange year," CREA chair Costa Poulopoulos said in a statement.

In addition to a shortage of property listings in a number of regions, there's been "fierce competition" among buyers, Poulopoulos said.

"But I think another wild card factor to consider, which has no historical precedent, is the value of one's home during this time. Home has been our workplace, our kids' schools, the gym, the park and more. Personal space is more important than ever.," Cathcart said.

Douglas Porter, chief economist for BMO Capital Markets, said September's price increase wasn't a fluke as the average gain over the first nine months of 2020 was 11.6 per cent.

But Porter's commentary concluded by inserting doubt that the "recent sizzling strength" can persist.

"The underlying economic conditions simply do not support such a piping hot market over a sustained period," Porter wrote.

CREA said the national average price would be about $125,000 lower if sales in Greater Vancouver and the Greater Toronto Area are excluded..

But Porter noted that the MLS Home Price Index, which adjusts for different type of properties sold, has risen 10.3 per cent in the past year.

In September, the MLS HPI was up 1.3 per cent from August.

CREA attributed the modest month-over-month increase in the number of homes sold, compared with August, to declines in the Greater Toronto Area and Montreal.

Those were offset by gains in Ottawa, Greater Vancouver, Vancouver Island, Calgary and Hamilton-Burlington, Ont.

This report by The Canadian Press was first published Oct. 15, 2020