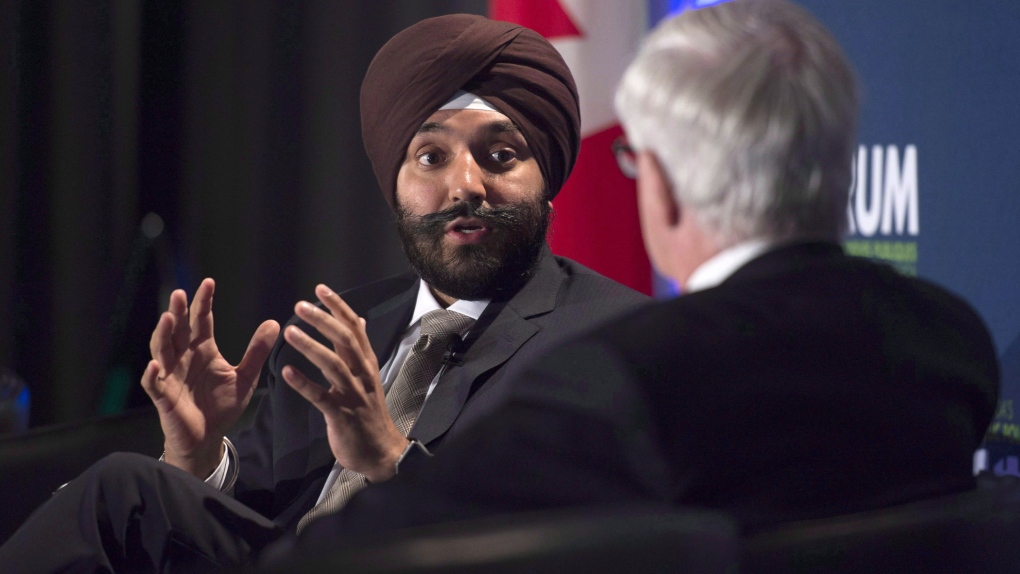 OTTAWA -- For all of Canada's efforts to promote the North American Free Trade Agreement on U.S. soil, there are concerns one important voice from the north has been a little quieter than the rest: Canadian business.

The heads of two key business groups, one on each side of the border, think corporate Canada could be doing more to drum up U.S. support for NAFTA -- especially as the embattled deal's renegotiation enters its most critical phase.

Canadian politicians from different levels of government have joined forces with members of the Canadian business community to boost NAFTA with Americans as part of the so-called charm offensive.

But the Business Council of Canada says that despite this push, too many corporate leaders have "kept their powder dry" out of fear of highlighting their status as non-American entities.

"The most-powerful thing that we can do is, --and I know that government is doing this, which businesses, generally, have not done -- is actually bang on the doors out in the countryside," council president and CEO John Manley, a former Liberal finance minister in the Chretien government, said in an interview.

"I think it's because they feel there's an increasing tide of protectionism in the United States and they'd rather not draw attention to themselves as a foreign owner or a foreign-controlled company."

It's no surprise some companies want to lie low, says Maryscott Greenwood, the CEO of Canadian American Business Council in Washington.

Participating in the pro-NAFTA mission in the U.S. poses challenges due to the anti-trade sentiment, which is fuelled by President Donald Trump and his threats to significantly transform or terminate the trade pact.

Greenwood said she thinks it's time for Canadian companies to become more engaged and leverage whatever influence they have in terms of relationships and as job creators in the U.S.

Canadian business isn't alone -- she said the reluctance to speak up in the current climate is also common among American firms.

On the campaign trail, Trump vowed to bring manufacturing jobs back to the U.S. Since his election win, multinationals like automakers have made major investment decisions that appear designed to avoid drawing Trump's ire.

For example, Fiat Chrysler announced this month it would shift production of its Ram pickup to the U.S. from Mexico in 2020. Shortly before Trump's inauguration a year ago, Ford cancelled its plans to build a US$1.6 billion auto plant in Mexico.

"The general idea of an individual company being willing to be the javelin catcher? I think that's true -- I think there's some unwillingness there," Greenwood said.

"The president relishes being unpredictable and people are worried about, perhaps, attracting attention to themselves."

Greenwood said she believes many firms have stayed out of the spotlight based on their assumption the rhetoric will eventually fade and the threat will pass.

She remains confident more companies will start stepping up, particularly if the future of the deal begins to look particularly bleak.

"There needs to be an amplification and an expansion of what's happened to date," she said.

"A crisis tends to focus people, and so NAFTA is reaching the point where it's game time."

Other business leaders, however, disagree with the argument that the effort by Canadian firms to help save NAFTA has been too thin.

Perrin Beatty, the head of the Canadian Chamber of Commerce, insisted he hadn't heard anything about a shortage of Canadian companies promoting the deal in the U.S.

Beatty also said he hadn't heard worries that some firms were afraid to stick their heads up and identify as Canadian.

"What I've seen is good support from Canadian companies. And it's been very helpful," said Beatty, who has been on pro-NAFTA missions in the U.S. with business leaders.

Beatty does, however, think Ottawa could do more to help organize and provide resources to ensure more Canadian CEOs visit their U.S. factories to promote the deal and arrange meetings with local politicians and journalists.

A spokesman for Foreign Affairs Minister Chrystia Freeland also argued that the business community has been a big help as part of the pro-NAFTA push.

For example, Adam Austen wrote in an email that Freeland met last week with Quebec business leaders as well as her NAFTA council, which includes representatives from major Canadian firms.

Austen said they have all been "instrumental" in Canada's efforts.

"We're pleased to see more and more business leaders speaking up in favour of NAFTA and open trade," Austen said.

Manley's council has urged Canadian companies with U.S. operations to help make the case for the deal with U.S. politicians in their districts. It's important for these firms to stress the fact that their operations employ American people, he said.

Looking ahead, Manley said the fact Canadian companies are telling him they're "probably better off being part of the furniture" could lead to additional concerns about future investments in Canada.

"They're being extremely cautious about what their status would be in a post-NAFTA world and, therefore, they may be looking at whether they further enhance their position south of the border. That's why I'm worried about it."