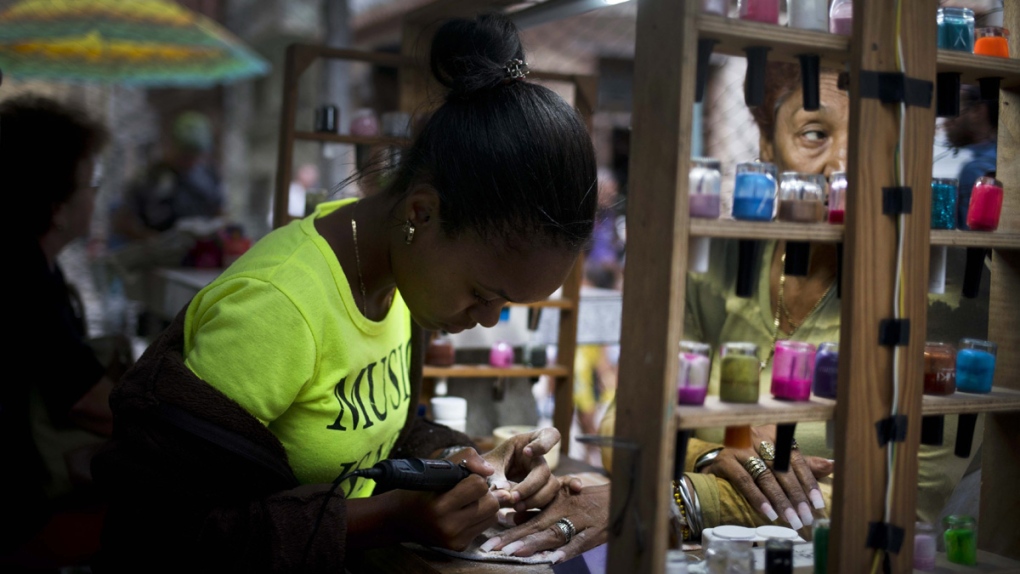 Eight years later, on the verge of leaving office, Castro has thrown the brakes on private enterprise in Cuba again, warning of the rapid pace of change and criminal activity. The decision has raised fundamental questions about the nation's economic path.

The Cuban government proclaimed in August that it was putting a temporary halt on new licenses for bed-and-breakfasts, restaurants and other businesses until it could issue new regulations to control illegality. Entrepreneurs whispered about new regulations coming in a month, maybe two. But summer stretched into fall, fall into the new year, and six months later, Cuba's private economy remains frozen.

The state-run economy responsible for 70 per cent to 80 per cent of GDP is stagnant. A once-promising worker-owned co-operative sector has shown little recent growth. Cubans are increasingly wondering when the private economy will be allowed to grow again, and, more broadly, how their government intends to deliver on promises of a sustainable, prosperous socialist system.

"We've already been this way several times before," economist and Communist Party member Esteban Morales wrote on his blog last week. "Many of us think that these measures aren't just to organize private enterprise better, as they've said, but to restrict it. Self-employment generates jobs that the state can't. That's something that hasn't been taken advantage of before, and would be very smart to do."

The freeze has led to a slowdown in private investment in Cuba at a time of economic fragility and uncertainty. The flow of subsidized oil from Venezuela is dropping as its economy collapses. In 2016 Cuba had its first recession in 20 years and growth last year was 1.6 per cent, meaning the economy has remained essentially flat for two years. U.S. tourism, a bright spot, is dropping in the wake of new U.S. restrictions.

"Self-employed workers aren't asking for neoliberalism or political change, just that they let us work," said Camilo Condis, a 32-year-old industrial engineer who rents out an apartment and has a license to work in a restaurant.

Entrepreneurs interviewed by The Associated Press said they and relatives who backed them from overseas were cancelling plans to invest in new or expanded businesses.

In 2010, the Cuban government began allowing 201 types of self-employment, from child's party clown to real-estate agent. It started issuing licenses for other categories -- like restaurant and bed-and-breakfast -- that were approved by Castro's predecessor and brother Fidel during Cuba's post-Soviet crisis in the 1990s, then frozen again for years.

Some categories of self-employment became vehicles for small businesses with dozens of employees. Their owners' conspicuous consumption became a source of social tension in a country where the average salary still hovers around $25 a month.

A first sign of trouble came in July, when Castro told the National Assembly that "crimes have been committed."

"There's information on cases where the same person has two, three, four, even five restaurants. And not in one province, but in several. Someone who's travelled more than 30 times to different countries," Castro said. "Where did he get the money? How did he make it?"

Castro told assembly members that self-employment would remain part of the economic picture, but "there's been a heavy dose of superficiality and an excess of enthusiasm and desire to advance faster than we're really capable of."

A month later, licenses were frozen. Over the fall, about six successful private restaurants were closed after police raids. No information has been released about the seizures but such operations typically occur in cases where officials suspect serious crimes like drug use, money laundering and large-scale buying of stolen goods. The government has also gone on the offensive against pervasive tax evasion, pressuring foreign-owned employers to report their Cuban employees' incomes, and conducting government assessments of taxes on property sales instead of depending on buyers and sellers to report prices, a notorious source of tax evasion.

Vice-President Marino Murillo, the man who oversees Cuba's economic reforms, told the assembly in December that Cubans would no longer be able to hold more than one self-employment license, meaning Condis, for example, could no longer rent out an apartment and work in a restaurant.

"There's great uncertainly," economist Omar Everleny Perez said. "They announced that there'd be a new law, but it hasn't come out and no one dares to start a new enterprise without knowing what it will say."