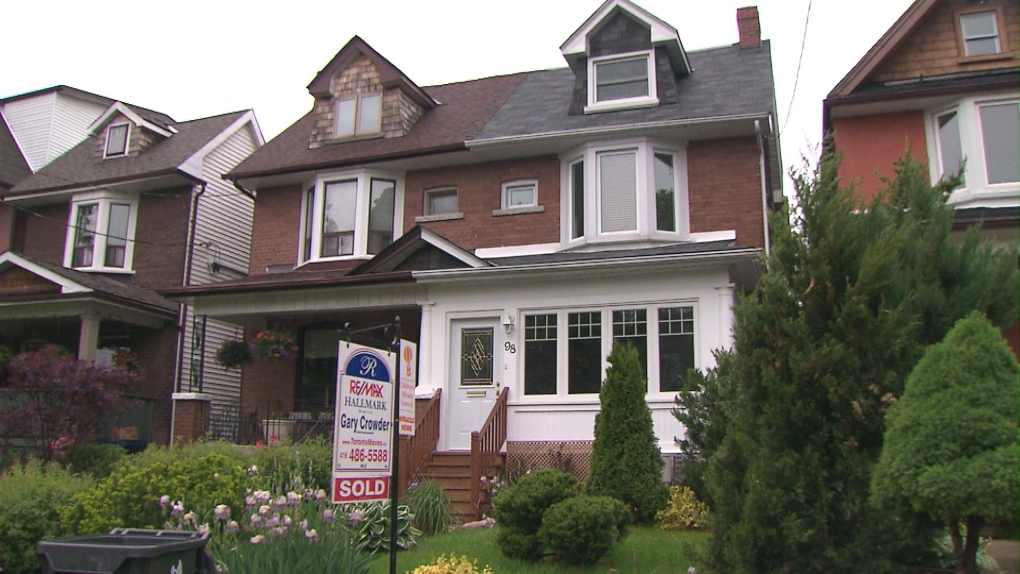 TORONTO -- Ontario's finance minister said Friday that while he is considering a tax on foreign home buyers for Toronto and beyond, it's not the biggest factor when looking at ways to cool the housing market.

As an influx of people move to the province, in particular the Greater Toronto and Hamilton Area, the growing demand for housing -- also fuelled in part by low interest rates -- is outstripping the current supply, Charles Sousa said.

"I still want to fulfil what I said I would do a year ago: obtain the evidence, obtain the information, get the data necessary to then make an informed decision as to what is happening," he said after a cabinet meeting.

"Some are arguing that the foreign degree of engagement is the last piece, that it's not the largest amount that's creating the boom in our homes, in our housing market. A lot of speculators within the domestic market are also playing a role, but the biggest part of course is demand."

The Toronto Real Estate Board is urging Sousa not to implement a foreign-buyers' tax, arguing it would do little to address the problem of rising house prices.

"The fact that most foreign buyers are looking to purchase a home for their family, for personal use, or to provide a tight rental market with much needed supply is something to be encouraged, as these actions are essential to Ontario's economic success," president Larry Cerqua said Friday in a statement.

"Imposing a tax on foreign buyers will not have the desired effect of cooling the housing market and could create adverse effects on the national, provincial and GTA economies."

Last year, Sousa said Ontario would not be following the lead of British Columbia, which implemented a 15 per cent tax on foreign nationals buying homes in the Vancouver area. Instead, the provincial Liberal government doubled the rebate on its land transfer tax for first-time homebuyers to $4,000 and raised the same tax on homes that sell for more than $2 million.

Sousa said he "absolutely" wants to encourage greater housing supply and he is talking with mayors in the Toronto and surrounding regions about how to do that.

"We do have a lot of room for supply, but it's still slower than the demand, which is increasing evermore," he said. "Interest rates are part of the issue. They're low and so affordability within those interest rates are providing for some of that demand."

Bidding wars are driving up housing prices far beyond Toronto, in communities such as Guelph, Hamilton, Kitchener and Stratford, Sousa said, adding he has to consider what a rise in interest rates would do to those buyers.

"We don't want them to assume exorbitant amounts in debt if there's a change in interest rates, for example," he said. "So whatever we do, I'm more concerned about the unintended consequences of those decisions because I've got to be mindful of market forces that still will prevail."

With files from Alexandra Posadzki