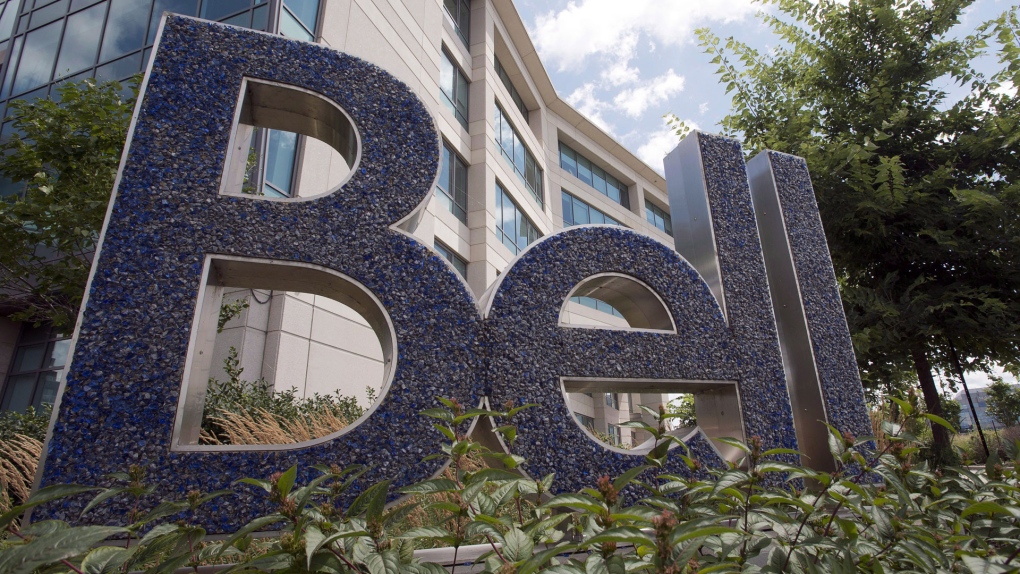 MONTREAL -- Huawei Technologies Inc.'s ambitions to be a player in Canada's 5G network are very much in doubt after two of the country's three largest telecom companies announced partnerships with the Chinese tech giant's European rivals.

Bell Canada announced Tuesday morning that Sweden-based Ericsson will be its second supplier of the radio access network equipment -- a major component in fifth-generation wireless networks -- following its choice of Finland's Nokia in February.

Later in the day, Telus Corp., which uses Huawei equipment extensively in its current network, announced that it too had selected Ericsson and Nokia for its 5G network needs.

The announcements come as Ottawa continues its review of Huawei's role in Canada's 5G networks over security concerns due to suspicions about the company's relationship with China's government.

The United States has warned Canada, the United Kingdom and other allies that it will limit intelligence sharing with countries that have Huawei equipment in their 5G networks -- citing its potential use for spying by China, an allegation Huawei denies.

Neither Bell nor Telus provided financial details about their contracts with Ericsson and Nokia. Neither company said they had ruled out Huawei for security reasons.

"Huawei has been a reliable and innovative partner in the past and we would consider working with them in 5G if the federal government allows their participation," said Bell Canada spokesman Marc Choma, in an email.

Rogers Communications, which has long used Ericsson as its main network equipment vendor, is not expected to shift any of its business to Huawei.

"Telus is the most interesting one here because . . . Telus has been as clear and vocal as they can be that Huawei should have some inclusion and that some of the risk could be mitigated," said Jonathan Berkshire Miller, an expert in international security issues with the Macdonald Laurier Institute.

He said that Bell's announcements may have been a factor in the Telus decision because it wouldn't want to be the only national carrier without a clear position on its 5G suppliers.

"I think why they haven't been so clear, for the longest time, has been their previous intention to include Huawei in their 5G systems," Miller said in an interview.

Huawei, Ericsson and Nokia have been the three biggest players in the global network equipment industry and Huawei had gained market share in Canada over the past decade with its fourth-generation equipment, said IDC Canada vice-president Lawrence Surtees.

He said that Canada and the United Kingdom both have national security structures that analyzed Huawei equipment thoroughly without finding it to be a security threat as the United States alleges.

"And my understanding, from reading unclassified (documents), no superpower intelligence agency needs to co-opt a manufacturer. They have all kinds of sophisticated ways of doing things without the manufacturer and their customers even knowing," Surtees said.

Canada's relationship with Beijing has been severely damaged by the RCMP's arrest of Huawei chief financial officer Meng Wanzhou in Vancouver in December 2018 at the request of the U.S. Justice Department, which wants her to face charges of fraud.

Huawei Canada spokesman Alykhan Velshi said in a statement Tuesday that Huawei remains committed to Canada and looks forward to the federal government making its decision about Huawei's role in Canada.

"We continue investing more than a quarter of a billion dollars a year in R&D in Canada. We continue building new research partnerships with Canada's world-class universities. As we have for more than a decade, we continue to work with our Canadian telecom partners to help them build and support state-of-the-art networks that connect Canadians," Velshi said.

Ericsson, already a supplier of 4G LTE wireless and other technology to Bell and Rogers, also has a major research and development presence in Montreal.

"We are proud to have earned Bell's trust to be selected as one of their key partners and significantly expand our existing relationship to accelerate the transformation of their network with 5G mobile and fixed wireless technology," said Niklas Heuveldop, president and head of Ericsson North America.

Prior to the arrest of Ms. Meng, the Chinese company wasn't a household name in Canada.

Since her arrest, which kicked off a major diplomatic row between China and Canada, the federal government has been undecided about whether the Chinese company will be allowed in Canada's 5G networks -- which are currently being assembled.

Aside from Huawei, Ericsson and Nokia, there are other companies that want a piece of the 5G network upgrades.

Samsung Electronics has announced a deal to supply equipment for Videotron's wireless network in the province of Quebec and the Ottawa region of Ontario.