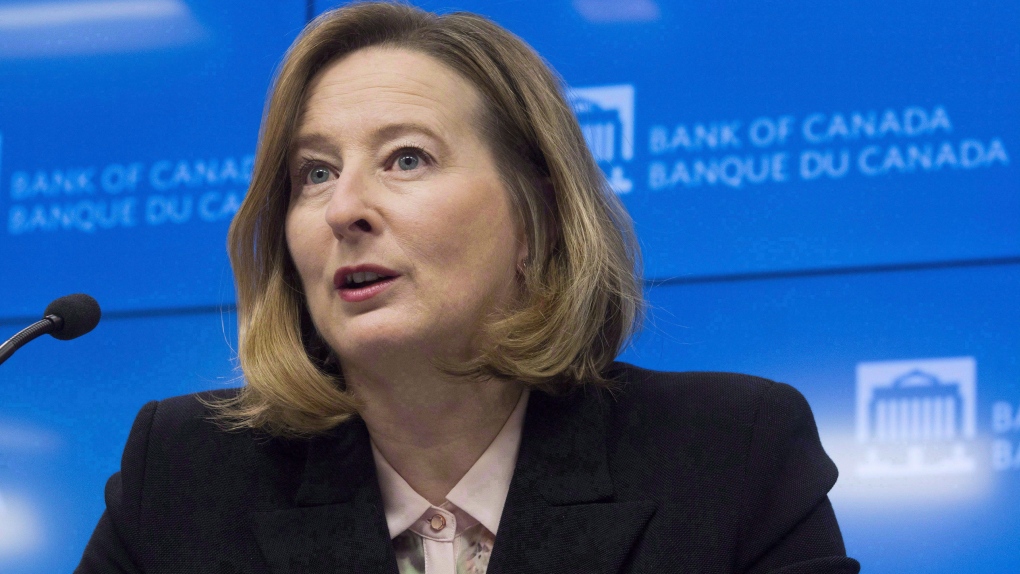 OTTAWA -- Carolyn Wilkins, the second-in-command at the Bank of Canada, won't seek a second term.

The central bank announced the decision on Thursday afternoon, ending weeks of speculation about Wilkins future.

Wilkins said in a statement that it has been a privilege to serve Canadians throughout her 20 years at the Bank of Canada, including the last six as the bank's No. 2.

She was named senior deputy governor in 2014, replacing Tiff Macklem. She was widely considered a front-runner for the top job of governor that ultimately went to Macklem earlier this year, in his return to the central bank.

Wilkins called her time at the bank the most fulfilling period of her career, and a testament to dedicated and talented colleagues, both at home and abroad.

The bank said Wilkins has led programs during the COVID-19 pandemic that saw it buy both government and corporate debt at an unprecedented rate in an effort to keep credit markets working.

Wilkins' seven-year term as senior deputy governor ends next May and the bank's board of directors will launch a search to select her successor.