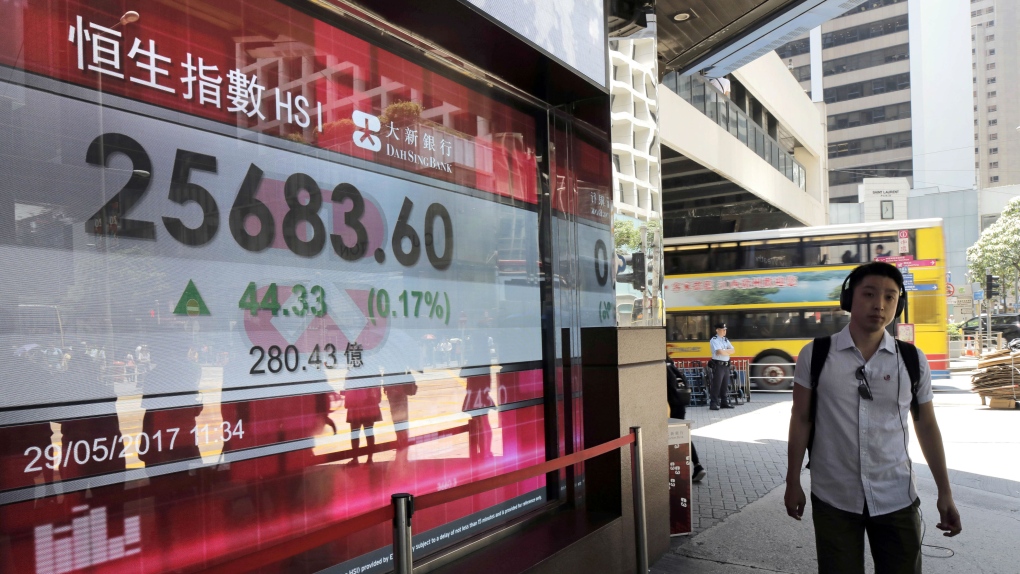 A man walks past an electronic board showing Hong Kong share index outside a local bank in Hong Kong, Monday, May 29, 2017. (AP / Vincent Yu)

SEOUL, Korea, Republic Of -- Asian stock markets were weaker on Tuesday as investors stayed on the sideline before the release of a raft of economic data due later this week. Markets in Shanghai, Hong Kong and Taipei were closed on a holiday.

DATA WATCH: A raft of data being released this week will give investors fresh clues about the status of the global economy. Investors are awaiting for the eurozone business and consumer confidence readings later in the day. On Wednesday, China's latest official factory and service industry purchasing managers' indexes will be released. The ISM index for U.S. manufacturing due Thursday and U.S. private and official payroll numbers due Friday will give investors latest clues on the health of the world's largest economy. They will likely firm up the Fed's decision to trigger a second rate hike this year, said Margaret Yang, a market analyst at CMC Markets in Singapore.

ENERGY: Benchmark U.S. crude lost 4 cents to $49.76 per barrel in electronic trading on the New York Mercantile Exchange. The contract rose 90 cents to settle at $49.80 a barrel on Monday. Brent crude, the international standard, fell 20 cents to $52.44 a barrel in London.