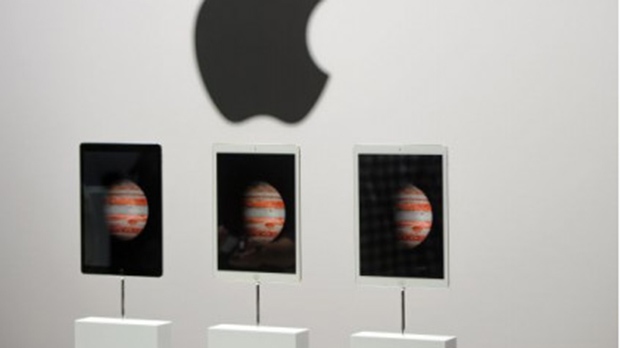 Apple this week reported it sold 13.1 million of its iPads in the fourth quarter, a drop of nearly 19 percent from a year ago but enough to lead the category. (AFP PHOTO/JOSH EDELSON)

Apple remains the leader in a global tablet computer market which has been in an extended slump for the past two years, according to surveys released Thursday.

The analysts said many consumers are moving away from the "slate" tablets to more versatile devices with a detachable keyboard, which may be categorized as either tablets or PCs.

"The sentiment around the tablet market continues to grow stale despite a lot of talk about vendors pivoting their product portfolios toward the detachable segment," said IDC's Ryan Reith.

"Typical tablets without a dedicated keyboard, which IDC refers to as slate tablets, are continuing to lose relevancy across all regions and, as a result, we see the decline happening globally."

Apple this week reported it sold 13.1 million of its iPads in the fourth quarter, a drop of nearly 19 per cent from a year ago but enough to lead the category.

According to IDC, Apple and the iPad held 24.7 per cent of the market, while Strategy Analytics estimated its market share at 20.6 per cent.

Samsung was the number two vendor with more than eight million tablets sold.

Amazon does not disclose sales figures for its devices.

Strategy Analytics said in its report that Amazon's low-cost devices, which sell as low as $49, have had some success "reaching a broad range of consumers looking for an entertainment tablet with key content tie-ins to the growing Amazon ecosystem."

The other manufacturers in the top five were China-based Lenovo and Huawei, according to the surveys.
Sales of Windows-powered tablets grew 19 per cent from a year ago and accounted for 16 per cent of the market, according to Strategy Analytics.

Strategy Analytics analyst Eric Smith said Microsoft with its Surface family of devices is largest vendor in the Windows segment at about 15 percent but that its partners, including Lenovo, Asus, Dell, and HP, sell the majority of Windows tablets.