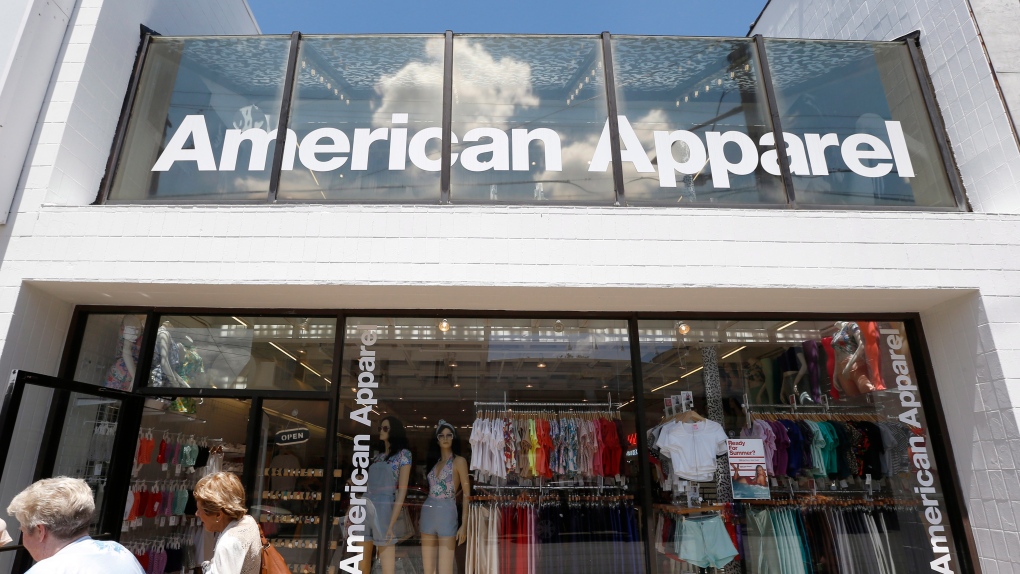 Pedestrians walk past the American Apparel store in the Shadyside neighbourhood of Pittsburgh on Wednesday, July 9, 2014. (AP/Keith Srakocic)

(NEW YORK) -- American Apparel, the chain that boasts of "Made in the USA" fashions, said Monday it would close some stores and cut jobs as it fights slumping sales.

The Los Angeles-based company, which is embroiled in a legal battle with its former founder and chief executive Dov Charney, said it planned to slash $30 million in spending over the next 18 months.

To get there, the company said in a statement it would close "under-performing" retail locations, resulting in job losses, without providing details on numbers or locations.

The company, which makes its own clothing in downtown Los Angeles, had 239 stores in about 20 countries, including 135 in the United States, at the end of March.

Sales have been declining since 2010, leading to a series of steep losses.

American Apparel said it would launch a redesigned fall line of clothing for both women and men.

"We are committed to turning this company around," said Paula Schneider, the recently appointed CEO, in the statement.

"Today's announcements are necessary steps to help American Apparel adapt to headwinds in the retail industry, preserve jobs for the overwhelming majority of our 10,000 employees, and return the business to long-term profitability," she said.

But the company warned that even if it boosts revenue and cuts costs, it still would need to raise additional capital to meet funding requirements for the next 12 months. "And there can be no guarantee that it will be able to raise such additional capital," it said.

In May, American Apparel had announced it wanted to raise $10 million but it has not revealed whether the goal was reached.

US clothing retailers have been under pressure from the abundance of cheap imported merchandise and the popularity of European rivals such as H&M and Zara that specialize in fast-changing, low-priced inventory.

The stronger dollar has chipped away at America Apparel's foreign revenues, and the rise in online shopping also has diminished the attraction of brick-and-mortar stores.

One of the company's rivals, Gap, announced in mid-June that it would close 175 namesake stores in North America, most of them this year, and a limited number in Europe.

American Apparel has also been in a legal battle with Charney, who was ousted in June 2014 amid allegations of sexual harassment.

Charney and his associates have filed about 20 lawsuits against the company, which he founded in Montreal in 1989.

"The company believes these cases are meritless and intends to vigorously defend such actions and, where possible, pursue remedies against Mr. Charney for his actions," American Apparel said Monday.